In the mergers & acquisitions game, it’s a buyer’s market

It can be said that Major League Baseball general managers earn all their money in the three weeks between the All-Star Game and the July 31 trade deadline as contenders try to strengthen themselves for a postseason run with strategic acquisitions. As I write this, my favorite team’s G.M. hopefully is working to replace an injured third baseman and a center fielder woefully inept at the plate. If he does, I like our chances at a pennant.

The trucking industry also has seen a recent spurt in acquisitions, judging from the quickened pace of news announcements in the last year and a half. Carriers in this year’s CCJ Top 250 boasted revenue increases nearly across the board, some of which significantly outpaced the industry’s overall growth. (See CCJ Top 250, page 60.)

Some of the nation’s largest carriers seized the opportunities to acquire companies to add capacity and diversify into new markets. “It’s as active if not more so than 2006 and 2007, which really surprises me because the economy is so terrible,” says Andy Ahern, chief executive officer of transportation management consultant Ahern & Associates.

In 2006 and 2007, the spate of mergers and acquisitions was driven largely by buyers looking to add capacity quickly and take advantage of market conditions, creating what amounted to a seller’s market. What’s different about this go-round, says Richard Mikes, partner for Transport Capital Partners, is the upturn in the number of smaller carriers who indicate their willingness to sell, a figure TCP pegs at roughly one in five.

One reason for an increase in would-be sellers, says Ahern, is owners of smaller carriers increasingly wary of legislation and regulations that make it harder for small businesses to thrive. “If you look at what it costs to buy a truck today, it’s virtually becoming impossible for a small business,” says Ahern. “People are just tired of fighting trucking, and they’re getting up there in their late 50s and 60s and want to cash out.”

The fact that stock prices of publicly traded trucking companies are outpacing the overall market provides confidence for buyers and an additional incentive for would-be sellers, says Mikes. “If you’re a public carrier and your stock is up, it gives you more encouragement to go out and get a deal done,” he says. “That also translates to the seller’s side – they think that they are worth more.”

Another factor driving an increase in companies interested in selling is an increase in used truck values. “The underlying equipment value is a key driver in an M&A deal,” says Mikes. “If you have financed equipment that’s underwater and a buyer is approaching, banks aren’t friendly about taking a loss.”

On the buyer’s side, the biggest factor driving carriers to consider acquiring other companies is the current capacity shortage. While much of the focus in the last 10 years has been on asset-light acquisitions, asset-based companies that can add to a carrier’s capacity are becoming more desirable.

“Why would you want to go out and buy a broker and still have to go out and find capacity when you could buy a carrier with good customers, trucks to fill the capacity and drivers to drive them?” asks Mikes.

Ahern also sees the trend in buyers purchasing asset-based companies. “You have medium-sized carriers wanting to get to the next level,” he says. “The dynamics are we have buyers right now that will look at asset-based companies because they are predominantly asset-based themselves and they know there’s not enough trucks and drivers and think that it’s only going to get worse.” 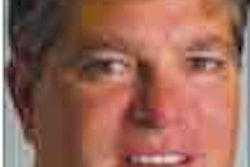 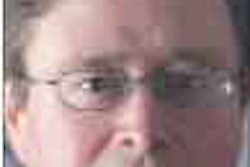 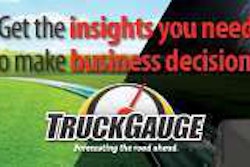 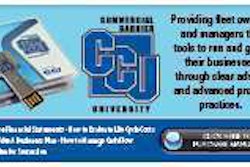