The American Trucking Associations on Wednesday, Nov. 16, praised the efforts of the nation’s truck drivers, safety directors and law enforcement officers for their contribution to the continued progress in the industry’s safety record following a review of the Federal Motor Carrier Safety Administration’s recently released 2009 Large Truck and Bus Crash Facts report.

“These safety gains are the result of many things – sensible regulation, improvements in technology, slower fuel-efficient driving, the dedication of professional drivers and safety directors, as well as more effective enforcement techniques that look at all the factors involved in crashes, not just a select few,” says Bill Graves, ATA president and chief executive officer.

Among the highlights of FMCSA’s report:
• From 2007 to 2009, the number of fatal truck-involved crashes fell 31 percent to 3,215 from 4,633;
• Over that same timeframe, the fatal crash rate for large trucks fell 27 percent;
• Since 2000, the fatal crash rate has fallen from 2.2 crashes per 100 million miles to 1 crash per 100 million miles. Due to undisclosed changes for the formulas used to calculate miles traveled, the bulk of that decline appears to occur after 2007;
• The majority of fatal multivehicle crashes (59 percent) recorded were the result of a passenger vehicle rear-ending a truck, crossing the median to hit a truck head-on or hitting a truck in some other way, as coded in the government’s database. In less than 40 percent of cases, the crash was the result of the truck striking the car;
• In fatal crashes where the database records a “driver-related” factor, 80.5 percent of the time the factor was assigned to driver of a passenger vehicle compared with 22 percent of factors being assigned to the commercial driver;
• The most common driver-related factors for commercial drivers are speed (7.3 percent), failure to maintain lane (6.5 percent) and inattentiveness (5.7 percent). Being drowsy, asleep or fatigued was the seventh-most common factor at 1.4 percent; and
• The plurality of fatal crashes – 31.3 percent – occurs between 6 a.m. and noon. By comparison, 17.2 percent of crashes occur between midnight and 6 a.m. 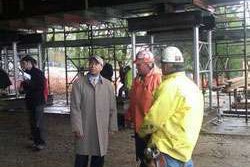 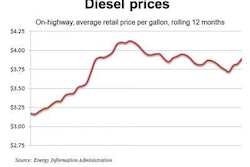