Targeting enforcement and education efforts at both passenger as well as commercial vehicle drivers is starting to pay off, according to recently released results from the Commercial Vehicle Safety Alliance’s 2011 Operation Safe Driver campaign. Drivers are slowing down and taking heed of safety groups’ messages that driving fast and cutting it close around commercial vehicles is a deadly combination.

Operation Safe Driver was launched in 2007 by CVSA in partnership with the Federal Motor Carrier Safety Administration to address the problem of improving the behavior of all drivers operating in an unsafe manner – either by, in or around commercial vehicles – and to initiate educational and enforcement strategies to address those exhibiting high-risk behaviors.

“Campaigns that target and remove unsafe drivers from the road, like CVSA’s Operation Safe Driver, are yielding positive results,” says Stephen Keppler, CVSA’s executive director. “Until we move closer to achieving zero deaths, CVSA will continue to educate the driving public – and especially teens – about the risks they take when speeding and cutting off vehicles.”

CVSA initiated two new focus areas under the Operation Safe Driver campaign after analysis of crash data revealed certain demographics were more prone to be at risk for being involved in crashes with commercial vehicles. The Teens & Trucks Program was created to help educate teens about safe driving practices around commercial vehicles. Efforts educating young drivers (ages 16-20) are proving to have the most significant effect, with fatalities from crashes declining at a faster rate than overall fatalities between 2006 and 2010, according to recently released data from the National Highway Traffic Safety Administration; there has been a 39 percent decrease in fatalities in young driver-involved crashes compared to a 23-percent decrease in overall fatalities during the 2006 to 2010 time period.

In 2011, CVSA launched the Defeating Distracted Driving campaign for commercial vehicle drivers and will roll out a similar campaign focusing on Defeating Distracted Driving for Teens. Distracted driving has been a focus area both by safety groups and DOT Secretary Ray LaHood after the Virginia Tech Transportation Institute released its report linking catastrophic crash events to the use of cell phones and other portable electronic devices.

During this year’s campaign, law enforcement officers who pulled over nearly 44,000 commercial and passenger vehicle drivers found that the top three reasons warnings and citations were issued to both commercial and noncommercial vehicle drivers include (1) speeding, (2) failure to obey traffic control devices and (3) failing to use a safety belt. This indicates a switch in the top three violations position from 2010 when speeding was first, followed by failure to use a safety belt, and failure to obey traffic control devices respectively.

“FMCSA is proud to be part of a lifesaving effort like Operation Safe Driver – which sends a strong message to all drivers to think safety first, every trip and every time,” says FMCSA Administrator Anne Ferro. 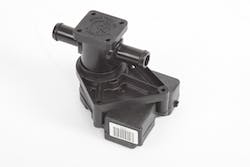 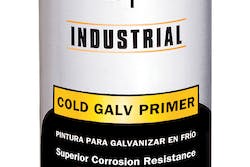 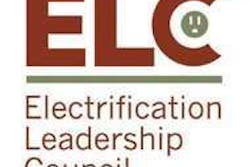 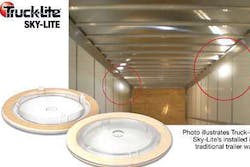