In a recent interview, actor George Clooney made a clever observation: Now that nearly everyone on the planet has a smartphone with a camera, where, he wondered, were all the UFO photos we used to see all the time? You don’t see them nearly as often as you did when having a camera with you was a comparatively rare occurrence.

It seems that smartphones are on everyone’s minds these days – most likely because they clearly are a transformative piece of technology. Years from now, when we look back on our Great March Forward, smartphones probably will represent a true demarcation point.

When new technology changes the way we live, there’s some inevitable handwringing that comes along with that process. To be blunt, people also tend to freak out a bit.

Take the National Transportation Safety Board’s recent call for a complete nationwide ban on all cellular communication devices while driving – even hands-free devices.

If you don’t think that sounds like an overreaction, would you believe we’ve been here before? Believe it or not, there was a similar outcry back in the 1930s when car radios started to become commonplace.

Upstart Chevy, which was giving Ford serious competitive headaches by the end of the 19-teens, gets credit for the first car radio, according to author Bill DeMain in a recent article on MentalFloss.com. The first units were bulky, required a battery that barely fit under the front seat and cost $200 in a time when a fully-equipped 40-foot fishing yacht cost $7,000.

*Public acceptance. Technology can deliver safe, effective hands-free communication if we let it.

By the mid-’30s, several companies – most notably Motorola – had advanced car radio design to the point that they were more compact and far more affordable. As a consequence, they began to appear in more new cars – and there was a backlash.

Opponents of car radios argued the new devices distracted drivers and caused accidents and that tuning the radio required drivers to take their eyes off the road. Another argument was that the music would lull drivers to sleep behind the wheel. It wasn’t long before laws were proposed across the country banning the use of radios while driving.

On the other side of the argument – not surprisingly – was the Radio Manufacturers Association, which contended that radios not only kept sleepy drivers awake but also were crucial in warning travelers about bad weather and poor road conditions.

Today, full-blown entertainment systems are a key selling point for new cars, and multitudes of truck drivers can’t imagine putting eight hours behind the wheel without having Willie, Waylon, Skynyrd and Hank along for the ride.

I’ve said before that fleets won’t have much wiggle room when it comes to cell phone bans while driving. Facts aside, when an accident involving a commercial vehicle occurs, most of the driving public assumes the truck driver is at fault. Having a driver on a cell phone when an accident happens is a tough position to defend in a courtroom.

On the other hand, real-time communication is vital to today’s successful and profitable fleet operations. Cutting drivers completely out of the information loop doesn’t make good business sense.

My own feeling is that talking on a hands-free phone while driving down the highway can’t possibly be any larger a distraction than talking on a CB radio, fiddling with a stereo system or looking for an address on a GPS device.

The overriding concern for the trucking industry always should be safety, and I believe technology easily can deliver a safe, effective hands-free telephone device that will make truckers more productive and safer on the road. But will the public accept that compromise?

Continental Tire the Americas’ commercial vehicle tire unit announced a multimillion-dollar investment in its central Mexico tread rubber plant because of increased demand for its ContiLifeCycle retreading solution throughout the Americas. The investment, which is occurring more than a year earlier than anticipated, includes a capacity increase by adding an additional curing and finishing line and doubles the size of the manufacturing facility to add space for both raw materials and work in progress.

Production of Continental’s ContiTread flat treads has been tripled, says Paul Williams, executive vice president. “This expansion allows us to accommodate the growing need for retreaded truck tires in our current markets, and to comfortably expand as we reach even further across the Americas,” Williams said. “The result is that Continental now has the ability to cap more than 1.2 million truck tires annually with our ContiTreads.”

The expanded facility will have a footprint of more than 4,000 square meters. An additional expansion already has been planned for 2014, which involves yet another curing and finishing line to be installed, says Williams, who attributes the growth of the ContiLifeCycle business to the need for fleets in the Americas to have an economical lifetime truck tire solution, and also to the high level of interest from dealers in each country.

Rush Truck Centers topped off its sixth annual technician challenge in San Antonio, pitting Rush truck technicians from across the country against one another in a variety of events, including OE engine, refuse, medium-duty and heavy-duty competitions. The Rush event has grown steadily over the past six years, with Rush business partners contributing more than $6 million during that time to help the company recognize its technicians.

As the trucking industry has evolved to navigate the economic downturn, so too has the business model for Rush Truck Centers, said Rusty Rush, chief executive officer. “More than ever, we are a service company,” Rush emphasized, speaking to technician finalists. “Service is what drives this company, and it’s your efforts and commitments that make that a reality.”

As the next step in bringing a fully integrated powertrain to market since announcing the rebranding of its Detroit brand – formerly Detroit Diesel – Daimler Trucks North America last month introduced a full line of Detroit axles for on-highway and vocational applications. The axle lineup – including steer, single rear and tandem rear axles – now is available to order for Freightliner Trucks, Western Star, Thomas Built Bus and Freightliner Custom Chassis vehicles.

Steer axles are available with ratings from 6,000 to 20,000 pounds and use needle bearings rather than bushings that the company says allows for better maneuverability and less maintenance. “With 12 ratings, we’re able to better match the customer’s needs,” says Brad Williamson, manager, engine and component marketing for DTNA. “A new 12,500-pound rating allows customers that might be between the 12,000- and 13,000-pound rating to narrow the trailer gap by putting a little more weight on the front axle.”

To complete its vehicle integration strategy, DTNA also is evaluating bringing an automated mechanical transmission to the North American market under the Detroit brand.

DTNA also announced plans to ramp up production and the addition of a second shift at its Freightliner Trucks manufacturing plant in Cleveland, N.C. – creating more than 1,100 new jobs by the end of 2012, the majority of which are recalled workers laid off in 2009 – in response to demand growth for the Cascadia model. – Jeff Crissey

Yokohama Tire Corp. announced a price increase of up to 8 percent on all of its commercial truck tires in the United States effective Feb. 1.

Roadranger expanded the number of repairs that qualify for its Pre-Authorized Warranty Repairs program, now allowing technicians, service managers and warranty administrators to quickly and easily administer claims for more than 20 common repairs.

The Kenworth T800 now is available for factory order equipped with the optional Bendix Wingman ACB – Active Cruise with Braking.

Have longer oil changes made any impact?

When it comes to grease grades, thickeners determine the stiffness and grade. While the grease’s oil does the actual lubricating, the thickeners act as a sponge, and when the grease is subjected to mechanical loads, the oil separates from the thickeners, reaches the surfaces and lubes effectively. The thickeners later reabsorb the oil when the pressure is gone.

The thickeners make it easier for seals to keep the grease in the joint, and for that reason, most fleets use NLGI 2. Some exceptions include customers that use an automatic lubrication system and those operating in cold climates where winter temperatures often dip below 20 degrees Fahrenheit.

“In these cases, the customer may opt for softer grease, which would be a lower number like NLGI 1 or even NLGI 0 to ensure the truck is lubricated,” says Jim Gambill, manager of direct marketing for Chevron Lubricants. Check with both the OE and the system maker on the recommended type of grease.

Despite higher costs, some northern-based fleets use No. 2 synthetic grease because it performs better in cold weather, enabling them to use the thicker grade.

Many technical and operational changes have made it practical to extend oil change intervals up to 30,000 miles – perhaps more. Since greasing traditionally was done at the 10,000- to 15,000-mile intervals, fleets now must decide whether to conduct “dry” grease maintenance between engine oil changes or to extend greasing intervals to coincide with oil changes – “wet” servicing intervals.

Opinions and practices differ slightly, but greasing can be extended in many operations to save maintenance costs. Some programs push the greasing interval way out, while other maintenance managers refuse to even consider long intervals.

Today’s available technology should allow fleets to reach up to 35,000 miles between intervals, but proper grease selection and an understanding of proper regreasing procedures for each component is critical. Some parts such as spring shackle pins can’t be greased properly unless the vehicle is elevated on axle stands so that the pins will be unloaded.

The technician also must realize there is fresh grease throughout the component, and he needs to see fresh grease around the circumference of the seals; the grease also has to come out uniformly all around. “You can’t just make a pathway for the fresh grease,” says Lilo Hurtado, ExxonMobil application engineer.

While some truck fleets may choose dry service intervals, combining the wet service intervals can be advantageous. A well-though-out drain plan that includes regreasing and servicing or changing coolants and other wet products at the same time can help minimize expenses. Buying grease in larger containers allows fleets to lube more conveniently at regional service centers and combine their purchases.

Most fleets running long oil change intervals conduct dry preventive maintenance at the same location where they grease the components, perhaps at 25,000 miles, with 50,000-mile oil changes allowed on some engines.

“You may want to explore longer intervals because greases are much better than in the past,” says Stede Granger, OEM technical service manager for Shell Lubricants. A fleet considering extended greasing intervals beyond basic recommendations should work with the truck maker and component suppliers to determine a safe interval.

Will one grease work throughout the truck? Carrying multiple greases is complicated – especially in shops with more than one shift – so using one lube is practical, says Granger, who recommends using grease that meets the ASTM D4950 standard. “It’s good for both chassis and wheel bearing use,” he says. 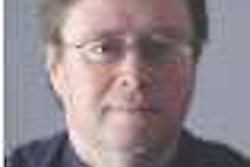 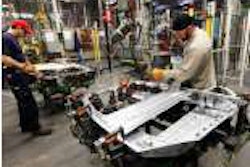 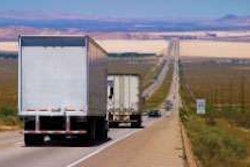