As fuel price surges go, this one is fairly mild compared to the record-setting runups during spring 2008 or in the weeks immediately following Hurricane Katrina. In fact, the pace of rising diesel prices is well below this same period last year when prices soared 61.3 cents, or 17.3 percent, in the wake of unrest and rebellion in the Middle East and North Africa. Gasoline prices during the same period jumped 49.2 cents or 15.6 percent.

Gasoline hikes might hurt as much as those for diesel.

But trucking executives, owner-operators and American motorists don’t necessarily care that fuel costs aren’t rising as much as they have in past years – especially when there are reasons to believe the situation could grow even worse. Tensions with Iran could send crude oil prices higher, and as the U.S. economy recovers, demand for petroleum presumably will rise as well, putting upward pressure on prices – barring, of course, a collapse in demand elsewhere, such as China or India.

Rising diesel prices have several effects on trucking operations. Most obvious is the increase in costs – not all of which can be recaptured through fuel surcharges. And there is the cash flow drain resulting from the lag in payment of surcharges. In the monthly Randall-Reilly MarketPulse survey of for-hire trucking executives for February, one trucking executive summarized this challenge succinctly: “With fuel rising so fast, the fuel surcharges will be falling behind, and our net fuel costs will keep escalating.”

Pressure on freight rates is a slightly less obvious but perhaps more troubling effect of rising diesel prices. “It really concerns me with fuel continuing to go up that it will be difficult to get the increases we need to offset our overhead,” said another trucking executive in the survey. Said another, “Increased costs in fuel will further assault customers’ budget allotment for transportation spend, which will then begin to attack core linehaul rates once again.” About the only upside to rising diesel prices – and admittedly it is a potentially significant one – is that an increase in failures due to cash crunches would tighten capacity even further, giving carriers more pricing leverage.

Meanwhile, higher gasoline prices dampen consumer demand for goods – a key component of freight demand – by soaking up disposable income. “Turmoil around the world is causing a spike in fuel prices, which could result in consumers pulling back and a freight slowdown,” said another trucking executive in the survey. This is perhaps even truer in recent years than in the past as consumers have less access to credit or are choosing not to buy as much on credit. Higher energy prices also spur inflation, which similarly reduces consumers’ buying power.

The pieces are in place for a continued recovery in trucking – provided fuel prices don’t keep rising.

The February 2012 Randall-Reilly MarketPulse survey of for-hire trucking executives asked participants to identify tactics they are using to improve their fleets’ fuel efficiency. Here are the percentages (rounded to the nearest whole percent) for the 98 respondents:

*Among the large majority of carriers that govern the speed

of their trucks, the average governed speed was 64.79 mph.

The February 2012 MarketPulse report can be purchased at 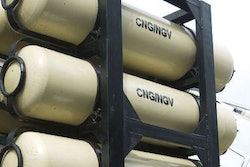 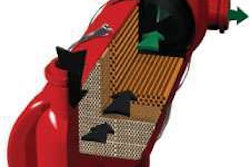 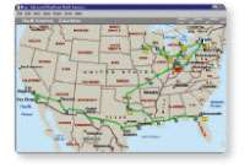