As diesel prices continue to rise, a groundswell of interest in natural gas vehicles emerges

At its natural gas customer event in Denton, Texas, in February, Peterbilt admittedly was overwhelmed by the number of attendees, which included more than 180 end-user customers and dealers. The strong turnout – more than double the number of most Peterbilt functions – underscores a huge uptick in interest for vehicle offerings with natural gas engines to offset the rise in diesel prices, which just a week before had surpassed $4 per gallon on average. Kudos to the Peterbilt folks for the event’s impeccable timing.

A week later during a visit to the Daimler Trucks North America manufacturing facility in Mount Holly, N.C., President Obama announced a $1 billion National Community Deployment Challenge designed to spur deployment of clean advanced vehicles in communities across the country. Under his program, the federal government will help communities that buy vehicles powered by alternative energy to “cut through the red tape and build fueling stations nearby.”

Obama also announced incentives to help consumers and businesses purchase new advanced cars and trucks, including increasing and expanding the current tax credit for advanced vehicles from the $7,500 credit that currently exists up to $10,000, while allowing the credit to be applied to additional types of technologies not currently covered.

Natural gas solutions also made a splash at this year’s Mid-America Trucking Show in Louisville, Ky., where alternative fuel engines were visible at virtually every OEM booth. Cummins kicked off the slate of natural gas engine news during its pre-MATS press event, where the engine maker announced it is working on development of a 15-liter natural gas engine using a spark ignition system, a product it expects to bring to market in 2015.

Cummins also is nearing completion of an 11.9-liter natural gas engine – the ISX12 G – as part of a joint partnership with Westport based on the Cummins ISX12 engine platform. Full production on that engine is expected to begin early next year. “Natural gas engines will play an increasingly important role in this trucking industry,” says Ed Pence, vice president and general manager, Cummins Heavy-Duty Engine Business.

And Clean Energy is spending $500 million in 2012 deploying natural gas infrastructure. The company, which has exclusive build rights at Pilot Flying J stations, has completed five fueling installations and has another 32 currently under construction with a goal of 90 sites by yearend. Overall, it plans to install 150 natural gas fueling stations in the next two years along major goods movement corridors, roughly every 250-300 miles.

As long as the spread in price between natural gas and diesel fuel remains – currently between $1.50 and $2 per diesel gallon equivalent – and as the fueling infrastructure continues to be built out, more fleets will have to take a closer look at natural gas engine technology, the potential cost savings and the significant upfront investment, which ranges between $40,000 and $80,000 per vehicle depending on engine size.

Check back in CCJ’s May issue for a special report on alternative fuels. We’ll explore the advantages and differences between various alternative fuel options, infrastructure buildout and the opportunities for municipalities and over-the-road fleets to adopt the technology in the Class 8 market. 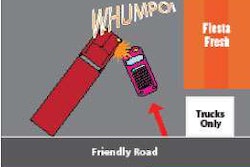 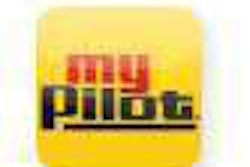 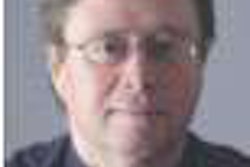