I figured the question was coming, and sure enough it did: “You’ve got a new truck. And Peterbilt has a new truck. Just how different are these two models?”

I was at a Kenworth Trucks Ride-n-Drive and press briefing in Kirkland, WA, last week when the question was asked. And it was one that Preston Feight, assistant general manager, sales and marketing for Kenworth and Kevin Baney, chief engineer were more than ready for. They’d seen it coming from about 10 miles away.

As they expertly ticked off all the major differences between their new T680 tractor and Peterbilt’s Model 589, it occurred to me that the PACCAR guys always have to counter questions of this nature — and it’s really not fair. Because PACCAR isn’t doing anything that anybody else in the automotive world — from sub-compact car manufacturers all the way up to the Class 8 guys — aren’t doing.

I guess it’s because the competition between the crew in Texas and that bunch in Washington is so fierce is the reason they always get asked to defend the trucks they’re selling. Because make no mistake, although they’re both divisions of PACCAR and have the same corporate culture, Peterbilt and Kenworth are about as competitive as it’s possible to be in the heavy-duty truck marketplace and still be family. If you’ve ever seen two brothers go against each other in a game of basketball you know what I’m talking about.

But, as I noted, PACCAR is playing the new products game the only way they can these days. New trucks come along only so often. And when they do finally arrive in a smoke-filled spotlight (usually in Louisville, KY) they’ve had years of design and validation testing behind them as well as untold tens or millions of dollars (if not more) in research and development costs. To put it bluntly, it would be financial insanity for PACCAR to invest twice those sums of money to give each brand’s its own, exclusive truck model.

The fact is that I was one of the first automotive journalists to drive the new Kenworth T680 and the every first journalist to take a Model 589 out on the highway. So I can tell you straight-up that these two truck models are distinctly different. Each on was crafted by its design team to reflect the heritage of the Kenworth or Peterbilt brand and to appeal specifically to each’s one’s customer base and the unique expectations those buyers have when they’re shopping for a new truck.

We all know that Detroit got lazy back in the late 1970s and started pumping out cars across their brands that were nearly identical in every respect — save for the a different grill on the front of the car and maybe round headlights instead of square ones. Cadillac was trying to sell upgraded Chevy Citations as luxury compact cars while Mercury was busy trying to convince people that its Monarch sedan was vastly different than Ford’s Granada. And Plymouth and Chrysler were so mixed up they eventually said to hell with it and barely bothered to differentiate the two brands. Things got so bad by the late ’80s, that you would routinely pop open a Buick hood and find an Oldsmobile engine under it — although it might just as easily be a Pontiac or Chevy engine.

So, admittedly, we’re all a little jaded when we hear that truck OEMs are building different models off of one base platform.

But given the huge costs today to bring an new truck to market, it’s really the only option available to any manufacturer out there today; they all do it because they have no other choice. And they’re not alone: These days it’s quite likely that the frame under your Ford Explorer is also running on minivans in Europe and pickup trucks in Thailand — on brands that you would never associate with Ford in a hundred years. So why go spend tens of millions of dollars developing your own chassis and frame for your new minivan when Ford has one that works just fine and they’d be more than happy to sell you a few thousand of them a year?

PACCAR called in both Peterbilt and Kenworth engineers to hammer out the design for the base vehicle platform that would become the Model 589 and the T680. And once the groundwork had been laid for the new truck, those two design teams went their separate ways, sat down and began working hard to craft a truck that their customers expected them to. It’s like handing two different artists a blank canvas and turning them loose. The portraits you get back will both be equally compelling. But they’re be radically different as well.

If you’re a Kenworth customer, you’re going to love the new T680 tractor. And if you’re a loyal Peterbilt customer, you’re going to be beside yourself when you climb up into a new Model 589 for the first time. Because both design teams did their jobs with you in mind. And that’s all that really counts by the time both of those trucks were ready for their moment in the spotlight.

Demco Express ordered to shut down 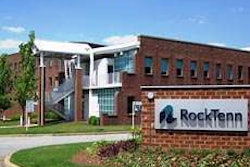