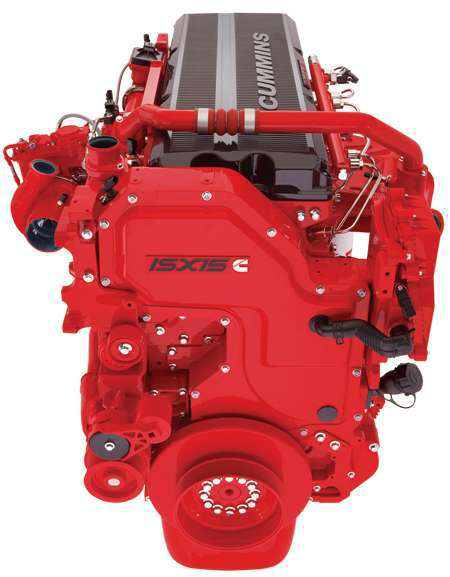 While enthusiasm is high for natural gas-powered vehicles, diesel engines will continue to power 90 percent of trucks, especially in linehaul applications, a Cummins representative told attendees at the Commercial Vehicle Outlook Conference in Dallas on Aug. 23.

Lori Thompson, vice president for truck and bus OEM business, said today’s clean diesel engines deliver the horsepower, torque and fuel efficiency customers need, and are as clean as alternative power trains. Nevertheless, trucking will see 8 percent to 12 percent growth in the use of natural gas vehicles over the next decade, Thompson said, as availability increases and the fueling infrastructure expands.

For now, most demand for natural gas vehicles is within regional applications, but “barriers will be overcome, and use will increase,” she said. Over the past 25 years, Cummins has produced 40,000 natural gas engines, and more than 5,000 of those were sold last year alone, Thompson said.

Cummins has a 12-liter natural gas engine coming out next year, and customer demand is such that “we can’t bring it out soon enough,” she said. “We’re doing everything we can to deliver the product as soon as we can.” This engine will fill the gap between the 8.9-liter and 15-liter Cummins Westport engines.

Thompson also discussed the 2014 greenhouse gas emissions regulations, designed to cut CO2 by a range of 3 percent in 2014 to 9 percent in 2017. The good news for carriers is that increasing fuel efficiency cuts CO2 emissions, she said; improving fuel efficiency by 6 percent saves 1,132 gallons of diesel fuel, cuts 11.45 tons of CO2 and saves a fleet $4,528 per truck per year.

Cummins will meet the 2014 regulations in 2013, which “means fleets will get the fuel economy benefits sooner,” Thompson said. Cummins has an advantage from its early decision to invest in emissions technology, including filtration, fuel systems, aftertreatment, combustion technology, electric controls and turbochargers, she said.

“Having all of this in-house allows us to meet today’s needs and will be critical technologies for future,” Thompson said. Improvements to meet the 2014 regulations include reducing friction and parasitics to the base engine and improving heat retention and insulation in the aftertreatment.

To meet the 2014 regulations, truck makers will certify the vehicle for aerodynamics, tires, weight reduction, idling and speed limiters, while engine makers will seek certification for NOx, particulate matter and CO2, Thompson said. While the ability of the driver to operate the truck efficiently is not regulated, connectivity through telematics can affect route optimization, driver coaching, delivery times and remote diagnostics, she said.

“Cummins believes that the new greenhouse gas and fuel efficiency standards will be positive for the industry, better for the environment and better where it counts most – your bottom line,” Thompson said. “We believe the regulations will continue to drive efficiencies for your vehicles and for you.”