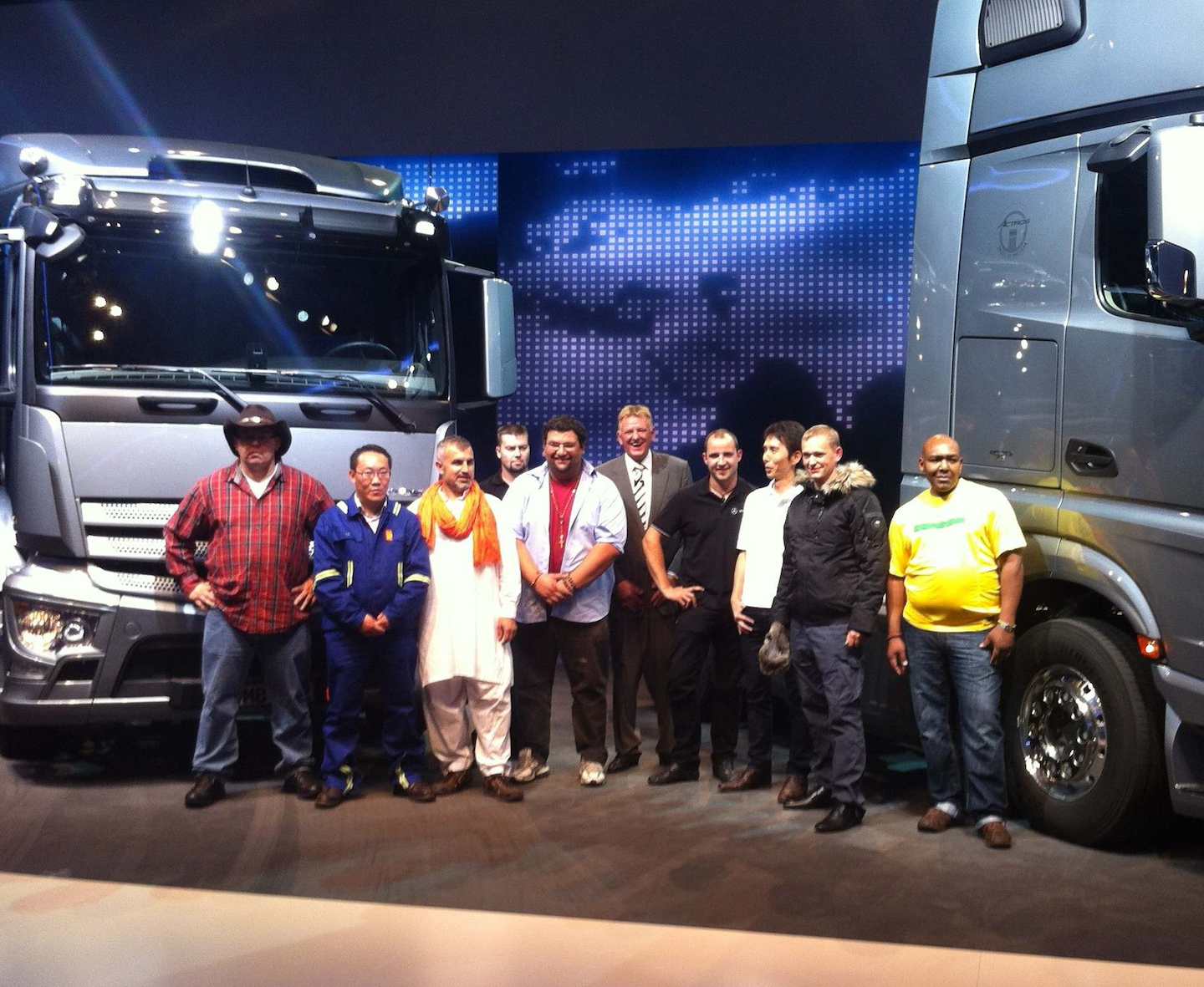 At its opening press conference at the IAA commercial vehicle show in Hanover, Germany, Daimler reviewed its efforts to expand product offerings and increase its share in global markets. With an expanding presence throughout the world, Daimler’s product strategy is to “be global where possible, and local where necessary” in delivering targeted solutions to differing customer bases to improve the total cost of ownership.

“Our goal is to utilize our global production network, our increasing number of product platforms and our modular component systems in order to offer customers in every market the best possible products,” said Andreas Renschler, member of the Daimler AG Board of Management and responsible for Daimler Trucks and Buses.

Aside from its presence in the “triad” markets of North America, Europe and Japan, Renschler said the company will continue to expand with increased emphasis in the BRIC countries – Brazil, Russia, India and China.

Despite a 15-percent decline in the Brazilian medium- and heavy-duty truck market due to a softening of the country’s economy and the transition to the Euro V emissions standard, Brazil still represents a market of 130,000 units in 2012.

Likewise, demand in India, whose 300,000 units represents the third-largest truck market in the world behind China and North America, also has been weaker this year, but Renschler said the market is set to expand in the near future. “In a couple years, I think India will replace North America as the second-largest commercial vehicle market,” he said.

Meanwhile, Russia’s truck market is poised for double-digit growth in 2012, and Daimler has seen an 80 percent growth in the Russian market through August when compared to the same period last year.

Renschler said demand for trucks in North America will increase between 10 and 20 percent in 2012, and the company is outperforming forecasts with a 27-percent increase in truck sales through August.

“In short, the sun isn’t exactly shining everywhere, but the overall outlook is solid,” said Renschler. “Global demand for medium- and heavy-duty trucks will expand by about 50 percent over the next 10 years.”