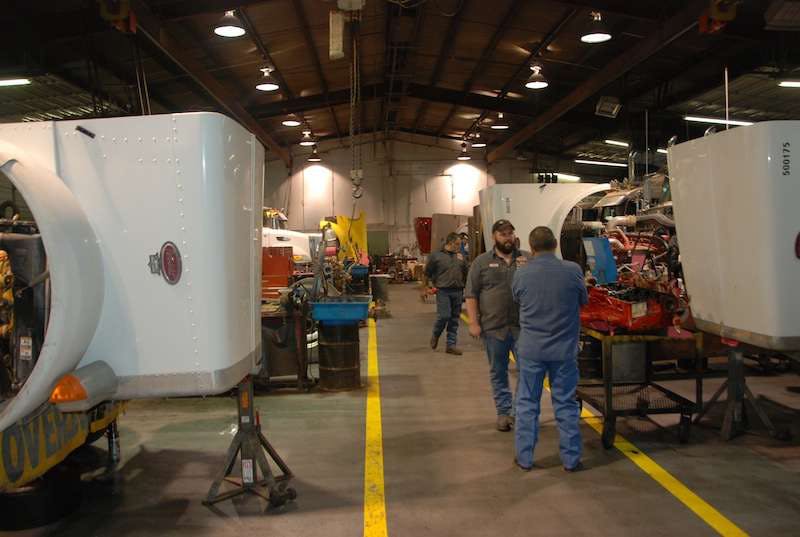 You know the feeling. A cop points a radar gun at you, an IRS audit arrives in the mail, there’s a parking ticket on your windshield, or the U.S. Department of Transportation inspector just isn’t going to give up until he finds something wrong with one of your trucks. Someone in a position of authority is targeting you, and your first thought is: Why can’t they just leave me the hell alone? 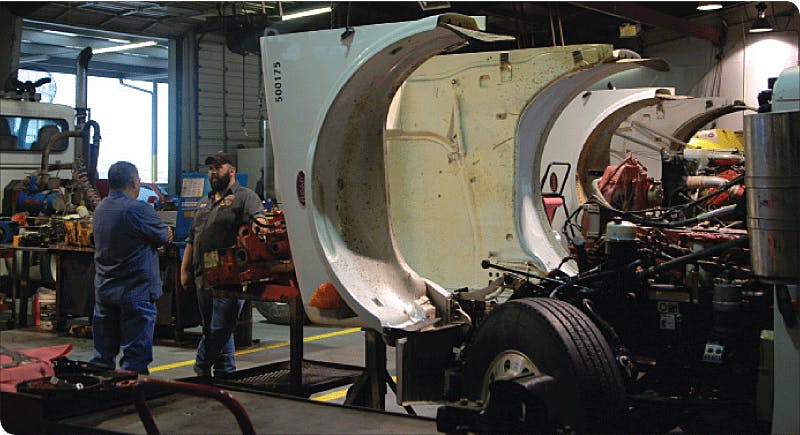 It behooves a fleet and its shop operations to do everything in its power to prepare for – and pass – an OSHA inspection.

It’s a common – and completely understandable – human reaction when these things happen. Unfortunately, anger and self-righteous indignation aren’t going to be much help when you’re dealing with law-enforcement or government officials. In fact, such an attitude probably is going to make things worse.

In today’s world, dealing with government agencies is a reality. As with any real-world situation, you need a plan in place to deal with the inevitable when those agencies come calling.

The Occupational Safety & Health Administration is one government agency that people love to hate. But the agency, which operates under the umbrella of the U.S. Department of Labor, is tasked to “assure safe and healthful working conditions for working men and women by setting and enforcing standards and by providing training, outreach, education and assistance.” It takes that core responsibility seriously.

The harsh reality for truck fleets, shops and related operations is that OSHA inspections can be costly. Take the case of a truckstop-based truck wash company in Georgia earlier this year that was fined $57,600 after agency inspectors determined the operation was unsafe for not providing workers with eye protection against an aluminum-cleaning agent and access to an emergency eye wash station.

According to Joan Spencer, a compliance assistance specialist with OSHA, trucking is a problematic industry to isolate in terms of agency specifics. But 2011 figures for trucking-related businesses in OSHA Region IV (South Florida) indicate that 44 inspections of truck-related business resulted in 165 citations being issued for a total of $196,000 in fines.

If those two examples sound excessive, consider that OSHA fines routinely can climb into six figures for more egregious violations. Penalties in excess of $1 million are not unusual in worker fatality cases.

Clearly, it behooves your fleet and shop operations to accept the obvious and do everything in your power to prepare for – and pass – an OSHA inspection.

Safety as an investment

The trucking industry largely is a conservative one and naturally views any government intrusion with suspicion. Spencer, for her part, encourages businesses to look upon OSHA’s role in a positive light – as an opportunity to control costs and impact your bottom line.

“Safety is an investment, not an expense,” she says. “One of the many positive things OSHA can help businesses do is understand both the indirect and direct costs that work-related injuries and illnesses can inflict on your business.” 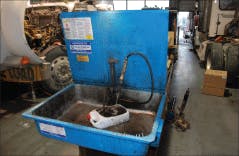 Spencer says that OSHA studies have determined that there is a strong case to be made for businesses investing in employee safety. “We find that for every $1 spent on safety and health, businesses get at least $4 back – and sometimes as much as a $10 return on investment.”

The first step in getting prepared for an OSHA inspection is taking the time to understand why the agency has decided to come calling, says Mike Downie, a safety analyst with the Summit Safety Group. In many cases, Downie says, it’s because somebody calls your business to OSHA’s attention since the odds of being selected for a random inspection are right up there with winning the lottery.

“There’s usually some specific reason for an OSHA visit,” Downie says. “Most of the time, they are following up on a complaint or a referral – your local fire department, for example, may conduct a fire safety inspection and not like something they see. In many cases, OSHA is responding to complaints – usually filed by an employee. In other cases, they’re responding to a specific event – an accident or a fatality.”

There are two types of complaints in OSHA’s world, Downie says; informal and formal. In his experience, a formal complaint always will trigger an inspection.

“The complaint can come from anywhere,” he says. “It could be a neighbor irritated by noise. It could be a terminated employee who gets his wife to phone in.” Once you’re aware of a complaint, Downie says you need to review it. “They’ll keep the person who filed it a secret, but at least you’ll know the specifics of the complaint, and you can start to take action to fix it.”

Another type of OSHA inspection is what Downie calls a “site-specific target.” In this scenario, the local OSHA office decides – for whatever reason – that truck maintenance shops, for example, are generating a high number of reports, so they decide to inspect all of them in their jurisdiction. Typically, these cases tend to be the worst for the businesses inspected since the officials are looking hard for violations and look at everything in the business during the course of the inspection.

Most of the time, OSHA inspectors are following up on a complaint or a referral – the local fire department, for example, may conduct a fire safety inspection and not like something they see.

Other factors also can trigger an inspection. Any business must report accidents and fatalities to OSHA, and any time there is a fatality or more than three employees are sent to the hospital, the agency must be notified within eight hours. If the local OSHA office runs numbers checking local injury rates and your numbers are above a certain threshold, your business may get pinged for an inspection.

Finally, Downie says, there are “referral” complaints that can lead to an inspection. “This is when a hospital calls OSHA or an official sees a news report that piques his interest,” he says. “These aren’t common, but they do happen.”

OSHA never shows up on the best day possible, Downie says. That’s why you need to make sure you have a plan in place to deal with agency inspectors when they do come calling. “The first step is having somebody in the company who is detailed as the OSHA compliance coordinator,” he says. “But that’s not enough. You need to have an alternate employee working with him.”

You don’t want your compliance officer on vacation the day OSHA comes calling and nobody else on hand is capable of dealing with them, because they’re going to conduct that inspection regardless. In a worst-case scenario, you can kick them out and demand they get a warrant. “That’s not the best idea in the world, but you may not have a choice,” says Downie.

The best defense against an OSHA inspection is a good offense; that means getting your shop up to regulation as soon as possible. The bad news is that agency regulations can seem trivial at times.

Gerry Mead, vice president of P.A.M. Transportation, says that in his experience, OSHA is more concerned with eminent danger than gigging a business for small infractions. The agency traditionally is more concerned with preventing serious injuries or fatalities, and the bulk of its inspection and enforcement efforts reflect that, he says.

“We’ve found it’s important to reach out to OSHA, particularly if there’s something we need clarification on,” Mead says. “Nothing in the OSHA regulations is written specifically for the transportation industry as a unique entity, so you’ll find some confusion on certain issues.” Scaffolding is an obvious one, he says. “Most regs on the matter were written for the construction industry and don’t really apply to technicians working on a trailer in a shop.”

P.A.M., based in Springdale, Ark., has shops and facilities scattered across the country. Mead says that although OSHA is a federal agency, he’s discovered that localized interpretation of the regulations can create problems. “What is acceptable in Arkansas may be a red flag for an inspector in, say, California,” he says. “You’ve got to allow for a degree of local flexibility.”

At the end of the day, it all boils down to attitude and approach, Mead says. “The reality is there are far too many OSHA regulations on the books for you to stay on top of,” he says. “If an inspector wants to find something to hit you with, he will. But if your basics are squared away, they’ll take a look around and get out of your hair. If your house is in order, there are plenty of other businesses out there that aren’t squared away, and that’s who OSHA is really interested in seeing.”

Give yourself a hand

To control your exposure to OSHA, you have to accept that the agency has a presence in your business operation and act accordingly both internally and externally.

“You need to have a suggestion box up for your employees,” says Downie. “You need to be open to what they have to say, and act on those suggestions. At the same time, you need to develop an ‘open door’ policy with your local OSHA office. If they know you and know you’re taking safety seriously, they’ll be less likely to pay you a visit.”

Another strategy Downie suggests is learning your business’ Days Away, Restricted or Transferred (DART) score and keeping up to date on it.

“A good injury prevention program will keep your business below OSHA’s radar,” Downie says. “If you have a low DART score, they’re less likely to inspect you.”

Another suggestion is to partner with OSHA and work with the agency to ensure compliance. OSHA provides a free confidential consultation program for small- to medium-sized businesses with up to 500 employees.

“OSHA inspectors will come out to your business and do an inspection – but they won’t levy any citations, fines or penalties,” says Spencer. “In return, you have to correct any violations they find. By doing so, you could qualify for a one-year exemption from routine inspections.”

According to Joan Spencer, a compliance assistance specialist with the Occupational Safety and Health Administration, the most cited OSHA violations are: 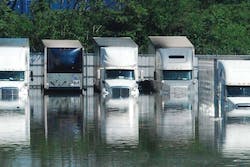 Diesel price still projected to drop in 2013, but not as much 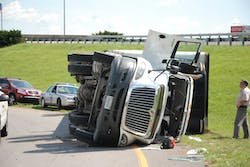 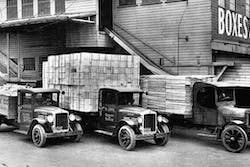