The Era of “Big Data”

No commercial or private fleet survived the recession of 2008 and 2009 with a bloated cost structure. Fleet executives and managers had to lay everything on the table to become lean enough to survive. 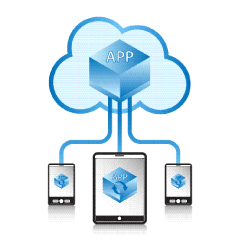 Most fleets that froze spending on new technology during the recession released the spending lever as freight volumes recovered, seeking ways to add value for customers and operate more efficiently.

Today, renting versus buying technology seems to have become the standard, as the Software-as-a-Service or cloud computing model generally is more cost-effective. Vendors host software remotely and forego the annual licensing and maintenance fees in lieu of a monthly subscription that includes all future software updates, data storage and IT support.

Load One, a 350-truck expedited freight provider, uses cloud-based software for its dispatch and voice-over-IP telephone systems. Onsite servers are used for e-mail, accounting and other applications that require a higher level of security and control, says John Elliott, president of the Taylor, Mich.-based fleet.

Renting vs. buying: The Software-as-a-Service model generally is more cost-effective.

Load One uses a feature in its Sylectus dispatch software to automate invoicing. The software pulls satellite tracking, images of delivery documents and other data from another cloud, its Qualcomm MCP 200 onboard computing platform. The fleet can present customers with an invoice almost immediately after delivery.

Since it’s impossible to provide more detailed information along with success stories for the topics mentioned here, look for a three-part feature series on “Big Data” beginning with the March issue of CCJ. Like you, we realize that what really matters is not the volume of information you generate – but how quickly and effectively you can use it to control your destiny.

AT&T announced that its Enhanced Push-to-Talk service is available for businesses and organizations of all sizes. AT&T says with Enhanced PTT, customers can communicate faster to larger talk groups and across more types of handsets.

AT&T’s Enhanced PTT device lineup includes industrial-grade devices such as the Samsung Rugby III, Galaxy Rugby Pro, Galaxy S III and Galaxy S II Skyrocket, which are free with a two-year Enhanced PTT contract. Pricing for the service is $5 per month when added to existing AT&T voice and data plans, and $30 per month for a PTT-only rate plan.

For more information, go to www.att.com/EPTT.

Descartes announced that its Telematics & Compliance system has been certified for Federal Motor Carrier Safety Administration 395.15 Hours of Service.

Descartes Systems Group made a number of product announcements at its Evolution 2012 global user and partner conference, including its Telematics & Compliance system being certified for Federal Motor Carrier Safety Administration 395.15 Hours of Service; and a new geographic information systems technology platform that supports commercial and hazardous road restrictions, and enables use of map technology from Google, Bing and Yahoo.