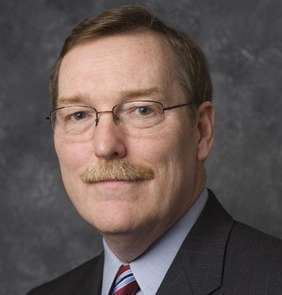 Lewis Campbell, who has served as executive chairman and interim CEO since August, will step down from those positions and from the board.

James Keyes, who has served as a board member since 2002, will become non-executive chairman, also effective April 15.