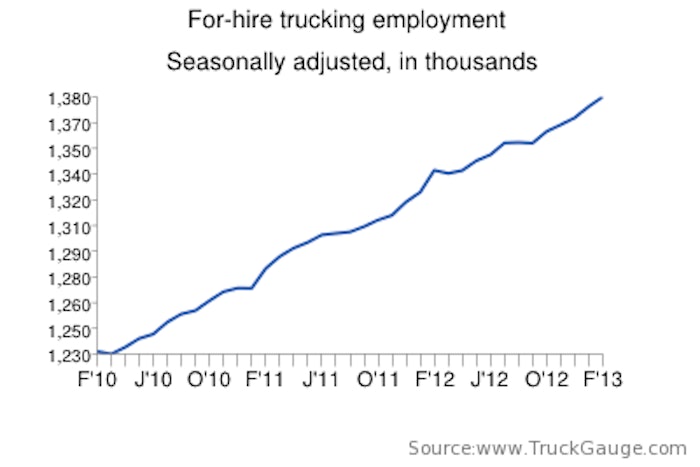 For-hire trucking companies added 5,600 payroll jobs in February on a seasonally adjusted basis as the overall economy added 236,000 nonfarm jobs — the most added in a month in a year, according to the latest estimates released March 8 by the Bureau of Labor Statistics. The national unemployment rate dropped to 7.7% — the lowest since December 2008.