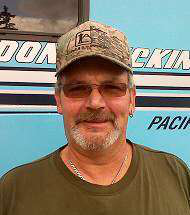 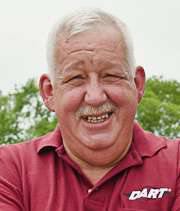 Brad Chapdelaine
The Truckload Carriers Association and Randall-Reilly Publishing Co. this week unveiled the names of the grand-prize winners of the 2012 Driver of the Year competition. Dan Poorman of Maple Valley, Wash., who drives for Pacific, Wash.-based Gordon Trucking, was honored as the Company Driver of the Year, while Brad Chapdelaine of Minneapolis, who is leased to Eagan, Minn.-based Dart Transit Co., was honored as the Owner Operator of the Year.

The Driver of the Year contests, sponsored by Cummins Inc. and Chevron Delo, recognize the top company drivers and owner-operators in the United States and Canada. Poorman and Chapdelaine were selected for their ability to operate in a safe manner on the public highways, their efforts to enhance the public image of the trucking industry and the positive contributions they’ve made to their communities. For the owner-operator category, Chapdelaine also was judged based on his skills as a businessperson.

As the 2012 Drivers of the Year, Poorman and Chapdelaine were awarded Cummins-powered Ram 2500 pickup trucks. In addition, both men were flown to TCA’s annual convention, held this week at the Wynn Las Vegas, where they were awarded plaques and the keys to their new vehicles in front of hundreds of the industry’s top leaders.

“It’s clear that these individuals love being truckers,” said Brad Holthaus, Randall-Reilly’s vice president, sales, Trucking Media. “Their commitment to the trucking industry is outstanding. Plus, they make it look easy – but we all know how hard they’ve worked.”

Poorman has spent 20 years logging 2.7 million accident-free miles. He never misses a day of work, never has caused a load to be late and always volunteers to take on extra work when needed. A driver with Gordon Trucking since 1992, Poorman says that his passion for trucking stems from his father, who also drove for the company for many years. Both father and son are past recipients of the Washington Trucking Association’s Driver of the Year award.

Poorman frequently conducts driving tests for potential company drivers. When not at the wheel, he holds fund-raisers for a local music school and has organized community garage sales for charity.

“If you were going to start a fleet, Dan would be the person you would want to start with as your model,” said Steve Gordon, chief operating officer of Gordon Trucking.

Chapdelaine runs a business consisting of two trucks – one that he personally drives and another that he hires someone else to drive. Over a 26-year career, he has driven more than 3.5 million truckload miles without an accident. He is a recipient of the 3-Million Mile Safety Award from the National Safety Council, as well as the Contractor of the Year Award and the President’s Safety Award from Dart Transit Co.

Chapdelaine is a longtime volunteer for Special Olympics and is active in the World’s Largest Truck Convoy. He also donates time annually to make deliveries for the Salvation Army’s Toys for Tots program.

“He has a heart of gold, and his generosity has touched hundreds of people,” said David Oren, president of Dart Transit Co. “He is a wonderful representative of the trucking industry.”

The contest selection procedure began in spring 2012 when drivers applied based on the minimum criteria of having driven at least one million consecutive accident-free miles. The applicant pool then was culled down to three finalists per contest. The judges examined the finalists’ operating information, work history, safety record and personal statements.

“Being named Driver of the Year is a prestigious title that many professional drivers seek but very few can claim on their resumes,” said Robert Low, TCA’s 2012-13 chairman and the president and founder of Prime Inc., of Springfield, Mo. “We only pick the best, and you really have to show your dedication to safety and the industry to be selected. Congratulations to both winners.”