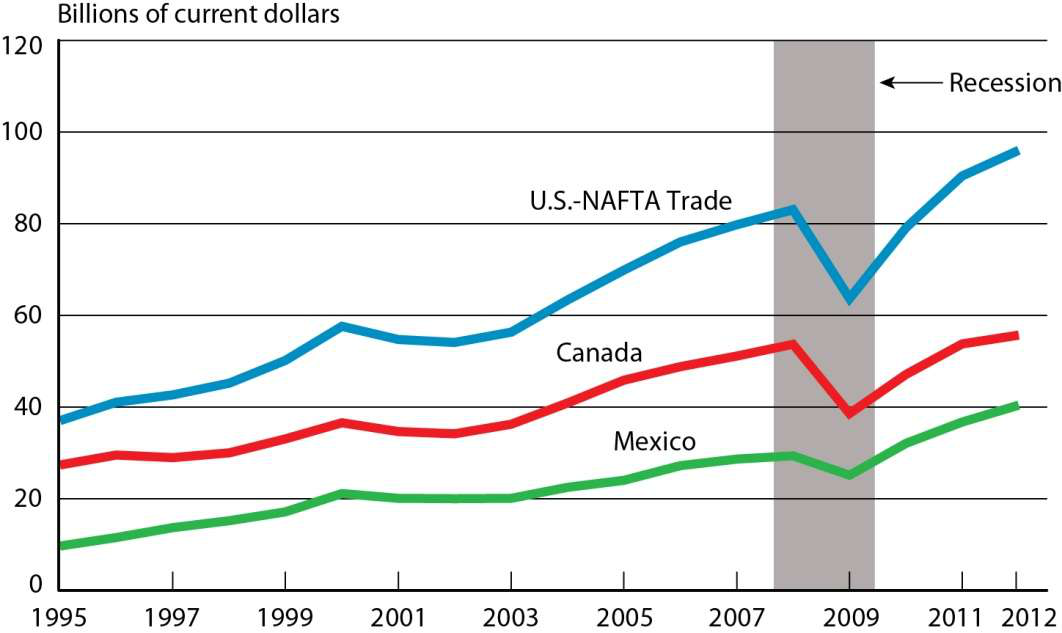 Trade using surface transportation between the U.S. and its North American Free Trade Agreement partners Canada and Mexico totaled $960 billion in 2012 — the highest amount since NAFTA went into effect in 1994.