This is the first part in a three part series. See the second and third parts later this week.

“Keep it simple” is a phrase heard often in management circles, but even simple decisions may require complex analysis to be certain they are correct.

With business intelligence tools, fleets can gain instant visibility into what already happened and what is happening now. However, by the time an error is detected, the damage already has been done. Ultimately, fleets need to know what will happen – and why.

Predictive analytics, also called modeling, can deliver this insight using a variety of techniques and technologies that mine historical and current data. The aim is to find relationships among complex data sets that become predictors of certain outcomes.

An outcome could be a simple event – like the time and place that a driver will be available for dispatch – or a serious accident. In any case, these predictions help determine the best decisions and actions that can create more favorable results.

In the third and final installment of CCJ’s series on “Big Data” (part one in March covered exception monitoring, while part two in April highlighted business intelligence), we look at predictive analytics, which can be applied to a number of operational challenges.

Due to the complexity and amount of data required, fleets and technology suppliers are focused on areas with the biggest potential for savings.

Predictive analytics can be used not only for catching exceptions before they occur, but also for determining what outcomes can – and should – be expected after taking specific actions.

Jeff Foster Trucking – a 225-truck carrier based in Superior, Wis. – is planning to purchase about 50 new trucks. As part of its $6 million decision, management also is determining which older vehicles to replace in its fleet. Fuel performance is the major decision point; the final choice could come down to a difference of 0.1 to 0.2 mpg.

“In the purchasing world, that is a profound amount,” says Dean Norrell, manager of operations and driver development.

As part of the company’s decision process, Norrell extracted and analyzed fuel performance for all the fleet’s vehicles using data from the first quarter of 2013. One source of data was the vehicles’ electronic control modules: This data normally has some outliers and exceptions but is fairly consistent, he says.

The main problem with ECMs is that they overstate mpg, a difference detected by comparing ECM data to the actual or “physical” mpg calculated from fuel purchases and odometer readings.

But the physical mpg is not entirely accurate, either: Drivers do not fill tanks to the same level each time they fuel. Meanwhile, both measures include external influences such as driver behaviors (shifting, speeding and idling), load weights, temperature and topography.

Norrell initially used Vusion’s services to analyze the data for January, and the results were startling; one vehicle manufacturer had a much lower mpg than expected. To be sure the model was correct, he had Vusion look at another eight months of data. The results came back the same.

“The data got extremely confident,” Norrell says. “We now have much better data to make an educated decision.”

For many years, Heartland Express operated a homogenous fleet with one truck manufacturer, engine and transmission specification. The North Liberty, Iowa-based truckload carrier now has added another truck maker to the mix and is using the Vusion platform to evaluate the fuel efficiency of different powertrain specifications as well as aftermarket equipment like trailer skirts and bunk heaters.

Heartland Express also is able to use Vusion to identify engines that need maintenance due to a drop in fuel efficiency. “If we see a particular model year of engine deteriorate with age, we can trade it out quicker,” says Jim Tornblom, director of operations.

Predictive analytics also is useful to steer clear of mistakes when planning loads, routes and pricing freight. During the past 18 months, Gordon Trucking has worked with a number of its customers to forecast freight patterns using predictive models.

While several customers are using commercial software systems to make predictions, the Pacific, Wash.-based truckload carrier has built its own model. By using the information, Gordon Trucking hopes to create a more predictable freight network and position its assets in advance.

“Our customer demand is not smooth,” says Steve Gordon, chief operating officer. “We are reacting to those increases and decreases in volume. It is important to us to position our assets in the right market at the right time.”

The models show weekly and monthly patterns; if a customer historically has had a seasonal increase in orders before July, Gordon Trucking can get a head start and increase its capacity in relevant markets.

Predicting freight patterns and volume is critical for companies to respond to bid proposals, especially for nonasset logistics providers that manage a large sum of freight. A “what-if” analysis might determine which less-than-truckload shipments can be consolidated to truckload, and what locations are best suited for pooling and cross-docking, to help determine how to blend new freight into an existing network.

Once the what-if analysis is run, the strategy can be executed on a load-by-load basis by a fleet or third-party logistics company using TMWSuite and other dispatch software systems, says Mike Kositzky, vice president and general manager of TMW’s Appian division.

Predictive modeling can be used to determine daily optimal driver-load matches. A critical element of this process is the ability to predict the time and location drivers will be available for load assignments.

Driver&Load from Manhattan Associates – a system used by large and mid-size carriers, generally more than 300 trucks – considers real-time hours-of-service information, driver qualifications, home-time requirements, freight preferences, equipment type and other variables to match drivers with loads optimally. The 750-truck refrigerated carrier has been using Driver&Load for about a year.

“Having a program that does this calculation is going to be imperative to fleets to keep operations compliant and increase service levels for customers,” says Danny Christner, chief operating officer of Oklahoma City-based John  ner Trucking.

Another Manhattan Associates tool, Drop&Swap, is designed to improve asset utilization while loads are in transit. Drop&Swap identifies poorly utilized trucks, drivers running low on hours and other potential problems. Load planners see the routes of these assets, including the time and location they will pass through their respective planning areas.

“By taking a global look, we can squeeze out max productivity and automatically plan a swap or relay if a driver is noncompliant,” Christner says. 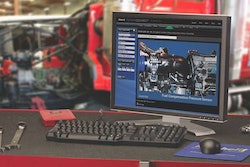 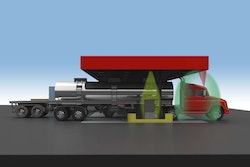 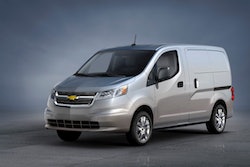