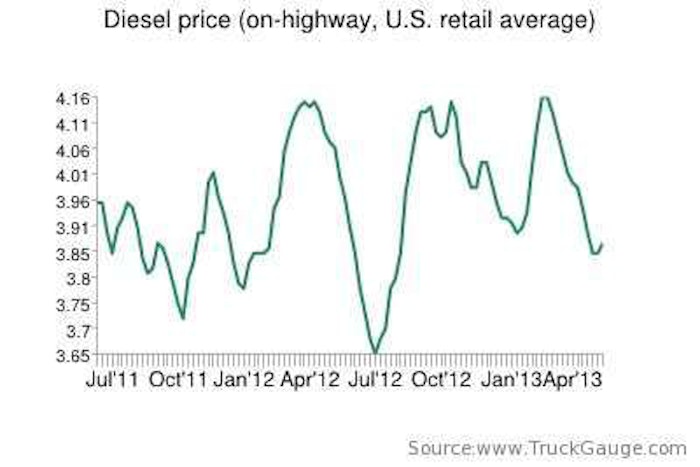 The national retail price for on-highway diesel Diesel prices rose 2.1 cents a gallon during the week ended May 13, halting at 10 weeks the recent string of weekly decreases. According to the U.S. Department of Energy’s Energy Information Administration, the national average price is $3.866 a gallon — 13.8 cents below the same week last year.

Diesel prices rose in all but one region — the Central Atlantic, where the average price dipped just a tenth of a cent. The largest increase was 5.3 cents on the West Coast (excluding California). California has the nation’s most expensive diesel on average at $4.042 a gallon. The cheapest diesel on average is in the Gulf Coast region where the average price is $3.739 a gallon.

The latest data represents a milestone: It’s the 1,000th week that DOE has reported diesel price data. The following are some statistics and noteworthy observations about the price of diesel over those 1,000 weeks –dating back to the week ended March 21, 1994: