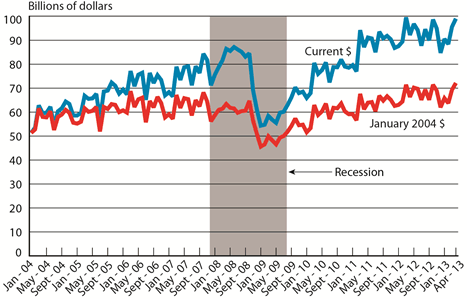 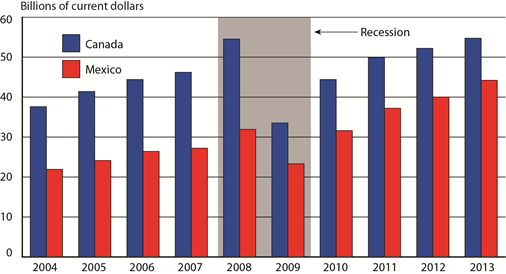 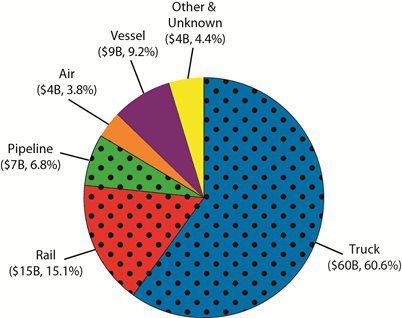 The value of goods moved between the U.S. and its North American Free Trade Agreement partners Canada and Mexico was up in April 2013 74.4 percent from April 2009, the heart of the most recent recession, according to data released this week by the U.S. Department of Transportation’s Bureau of Transportation Statistics.

Month over month, freight flow between the U.S. and NAFTA partners rose 3.6 percent from March to April. Freight movement via truck increased 4.6 percent.

Year over year, the value of freight carried by truck rose 8.6 percent.

Michigan led all states in goods moved to and from Canada with $6.4 billion. Ohio and New Jersey, however, saw year-over-year increases of 15.9 percent and 15.6 percent respectively.

Texas again led all states in movement of goods to and from Mexico, accounting for $17 billion. Louisiana however saw a large year-over-year increase in transported goods with Mexico — 61.1 percent.