In honor of the national holiday, here’s a round-up of recent headlines suitable for the occasion, including an unusual atlas of the U.S.; Teamster jokes; tales of greedy, spying CEOs; and some sobering statistics about how comparatively dangerous it is to be a professional truck driver. 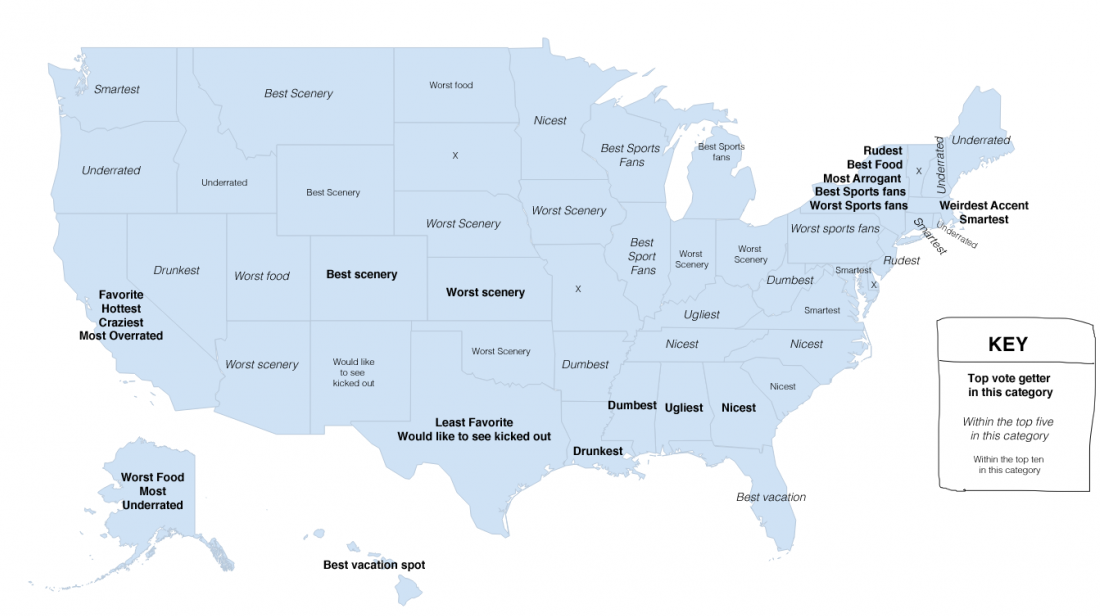 With Americans traditionally taking to the highways this weekend for an end-of-summer outing, this map could come in handy. It’s based on a survey of “how Americans really feel about each other.” Respondents were asked to name which state is the drunkest, the nicest, etc. Congrats to my birthplace, Texas, for being voted most likely to be asked to leave the union. Sorry, New Joizy, but New Yawk has edged you out for being the rudest, among its several contradictory distinctions. I’d be curious if a survey of long-haul truckers would verify these findings.

Is stand-up comedy covered under a typical Teamsters labor agreement? Letterman featured union members in a recent Late Night list, Top Ten Things Never Said by Teamsters. Among the highlights: “Does anyone know how to drive stick?” and “Hey, boss, mind if I work on Labor Day?” (For the record, I’ve found many Teamsters to be very professional and conscientious. I’m betting a lot of carriers would love to have many of these men and women driving for them, except for that wages and working conditions contract part.) 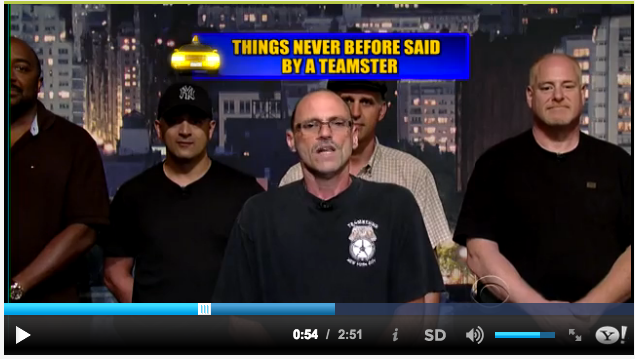 If Teamsters can take a little ribbing, capitalist 1%-ers should be able to, too—although seasonal anti-boss reports by groups with an obvious lean to the left are probably not meant to be funny. The Institute for Policy Studies, for instance, did the math that says the wage gap is widening between boss and employees: Big corporate CEOs took home about 354 times as much pay as the average American worker last year. But, hey, there’s risk involved. About 40 percent of the highest-paid bosses over the past 20 years ended up being fired, paying fraud-related fines or settlements, or accepting government bailout money, the study says.

The worker-bees better be careful about complaining around the water cooler, however. A recent report suggests that employee-monitoring systems are effective. Read more here: “Your Boss Won’t Stop Spying on You (Because It Works).”

Finally, and not to ruin the holiday, the Bureau of Labor Statistics has released its Census of Fatal Occupational Injuries Summary for 2012. A preliminary total of 4,383 fatal work injuries were recorded last year; that’s the second lowest preliminary total since the census was first conducted in 1992.  Transportation incidents accounted for more than 2 out of every 5 of these fatal work injuries.

And while the number of fatal injuries in truck transportation decreased 6 percent, it’s still high. Looking at the totals by job, 640 heavy and tractor-trailer truck drivers were killed in 2012. That’s more than all construction trades workers (577), and more than double the fatalities in farming, fishing, and forestry occupations (245), building and grounds cleaning and maintenance occupations (245), and protective service occupations, such as police and firefighters (224).

Trucking is a great business, but people shouldn’t have to die for it. Lets’ be safe out there.