The numbers are staggering. After 24 hours, supermarkets run out of fresh foods. After 72 hours, people start hoarding food; gas stations run out of fuel. By the end of a week, our retail marketplace shuts down.

These are the facts associated with a potential shut down of the trucking industry, and Nicholas Pinchuk, chairman and CEO at Snap-on, says they are facts the general public should know.

With a potentially significant technician shortage looming, the trucking industry needs help. Speaking at the Technology Maintenance Council’s industry luncheon Tuesday in Pittsburgh, Pinchuk urged industry leaders to reach out to the nation at large to work together and solve the problem.

“What you do is important to so many people,” says Pinchuk. “We need to make these careers a national calling. They are important to the essence of America.”

Pinchuk says America was built on the strength of its industries, and it was the nation’s ability to manufacture, transport and repair its own technology that helped it become what it is today.

But as the country evolves, so do the opinions of its people. Pinchuk says Americans no longer view technical careers as top-tier professions, and he says that’s something that needs to change.

“America has lost the respect for dignity in work, and that’s a problem,” he says. “Those are our roots.”

Pinchuk believes the industry can do so, but not on its own. He says industry businesses need to be proactive in reaching out to the population about the technician shortage and promoting technical careers. And he adds that it’s going to take more than just contacting technical colleges.

Everyone needs to understand how important trucking, and truck service technicians, are to Americans’ daily lives.

“We need to make technical education a national calling, not a consolation prize,” he says. 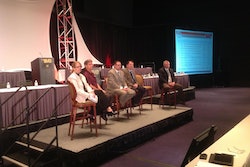 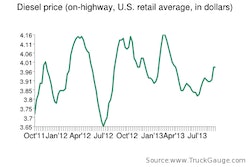