“For over-the-road trucking fleets, who now have almost universally adopted aerodynamic trucks and skirted trailers, the single most important fuel efficiency upgrade is the integration of ATDynamics TrailerTail equipment to eliminate drag at the rear flat surface of the trailer. This aerodynamic drag is costing trucking companies $2-3 billion annually in unnecessary fuel costs.

“Our job is to listen to customers and make the most durable, simple-to-use and lowest cost trailer aerodynamics equipment in the industry,” commented Court Hinricher, ATDynamics New Product Development Manager. “Any concerns about driver interaction with TrailerTails or potential damage from rear-end collisions are eliminated with the AutoAware system.”

TrailerTails are SmartWay Verified and have been third party tested using SAE J1321 Type II test protocol to reduce tractor-trailer fuel consumption by over 5 percent, increasing tractor- trailer fuel economy by 0.3 to 0.5 miles per gallon. To date, 20,000 TrailerTails circulating on US highways have operated over one billion miles and nearly 300 US trucking fleets have deployed TrailerTail technology.

TrailerTail AutoDeploy systems are available on both new and used trailers and standard TrailerTails can be upgraded with AutoDeploy systems at any time. ATDynamics also recently announced a new Deployment Sensor that is available to refrigerated trucking fleets operating satellite tracking systems that utilizes a modified door sensor to detect when a semi-trailer’s TrailerTail is properly deployed by a driver. 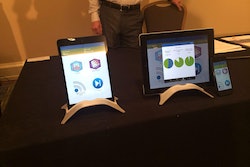 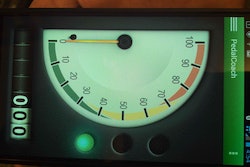 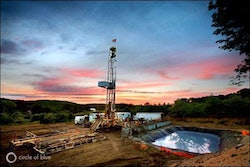 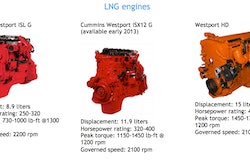