Are harmful HOS changes a sign of things to come?

In just three short months, the latest changes to the hours-of-service rule demonstrate all too clearly that the Federal Motor Carrier Safety Administration understands neither the industry it regulates nor trucking’s important place in American life. What happened? Was there a breakdown in the rulemaking process? Did trucking not do enough to explain the problems these changes would cause? Or is this a hint of overreach to come?

The immediate impact of the driving rule is that carriers must figure out how to make up – and pay for – the unnecessary losses in productivity. More significantly, for the future of the industry, trucking must figure out how to deliver a clue to FMCSA before the agency’s aggressive regulatory agenda does even more unintended harm.

As for the former, trucking’s biggest players have begun circling the wagons. As covered by CCJ, the American Trucking Associations Management Conference and Exhibition featured an extensive discussion of HOS and its impact.

Among the noteworthy soundbites:

While the safety and driver health benefits that justified the rule change may be a joke, the impact on productivity is not. Leathers made the subtle point that carriers and their customers probably don’t disagree on the overall loss of 2 or 3 percent – just on how significant that loss truly is.

Then on Thursday Schneider National jumped in and published its numbers. Schneider’s top-of-the-line route modeling technology provides a visibility into operations that few carriers can match – and that few shippers can question.

Since the new HOS implementation, Schneider has realized a 3.1 percent drop in productivity on solo shipments and a 4.3 percent decline on team shipments, the company reports.

The results are similar to Schneider’s forecasted 3 to 4 percent, which was based on predictive modeling and presented as testimony to FMCSA in 2011.

“The hours-of-service changes could not have come at a worse time,” says Dave Geyer, senior vice president/general manager of Schneider’s Van Truckload division. “We now need more drivers to do the same amount of work, but regulations, economic conditions and demographics are working against us in terms of recruiting new drivers. Those who do answer the call deserve an attractive wage and good benefits, but we’re being restricted in the number of miles we can give them and the ongoing challenges that come with sharply rising operating costs.”

And, no surprise: While productivity has been impacted, safety has not, the company adds.

“Safety performance dramatically improved under the previous hours-of-service rules and there is no evidence to support that changing the rules has improved safety,” Geyer says. “Ongoing feedback from our drivers is consistent: they do not feel better rested as a result of the rules change; just less productive.”

Schneider provides the shipping community with a heads-up.

“To put it in the simplest of terms, capacity continues to tighten, productivity has been reduced and it’s harder – and more costly – than ever to acquire and retain drivers,” Geyer says. “This trifecta is a cost burden that carriers cannot bear alone.”

Indeed, it’s time for all carriers to polish their spreadsheets and update bid packages. If the big boys are gearing up for a rate push, there’s no reason for any trucking company to pay the full freight costs for FMCSA’s mistake.

As to the bigger question – what can be done to prevent FMCSA from just making things up? – I, frankly, don’t know. Public comments opposing the HOS changes were duly posted, trucking representatives testified before Congress, lawsuits were filed.

Maybe, and this is my hope, the latest HOS mess was just a one-off, an anomaly, a mistake that made it through the rulemaking process on some sort of momentum all its own.

But the FMCSA agenda is still loaded with initiatives that could make or break the industry (CSA, EOBRs, Safety Fitness Determinations, drive ratings, etc.), so it’s all the more important that trucking understand what happened with HOS – and not let it happen again. 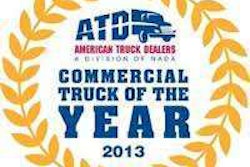 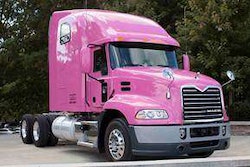