Might driverless trucks make more sense than driverless cars? And will the trucking industry be an early adopter? Following up on this week’s House hearing on autonomous vehicles, and ahead of an upcoming series on where the technology is headed in commercial vehicles, Friday Feedback takes a look at reader reaction to an earlier CCJ story about the possibilities.

Visualize the design of robotic trucks. With the sleeper and cab made redundant, the robot tractor will need only the engine, transmission, suspension, fuel tanks and controls, which will all become hydraulic and not mechanical. The new tractors will have the engines/transmissions located BEHIND the fifth wheel and will operate as ‘pushers’ instead of pullers, the entire tractor fitting UNDER the front of the trailer being towed…or pushed as the case will be. The trailer will be streamlined since it will now be in the ‘lead’ with the tractor tucked under the trailer. Trailers will be slightly longer with an extra 4,000 lbs of payload / capacity due to the reduced weight of the tractor. The steers will be slightly smaller than the drives and will be mounted BEHIND the power train. When turning, there will be no need for the unit to ‘jackknife’, allowing for much tighter turning radius even though the trailer may be standard at 53′ length. The power unit will not need to ‘swing out’ from the line of the trailer allowing for turns that remain in the occupied lane; since the steer wheels will be about 15′ behind the front of the trailer, the robot truck will fit safely into many smaller streets. Refueling? The fuel tanks of the future will probably become part of the trailer rather then the tractor and will ‘quick connect’ to the power unit much as the air/light connections currently do. Switch the 4,000 lbs saved from the omitted cab/sleeper to fuel capacity, and instead of 300 gallons total, you can have over 1,000 gallons in each trailer … a 6,000 mile range … coast to coast round trip without stopping for fuel. Drivers … beware. And for those who say that humans will still be needed for fuel? Nope. Electric trucks, Solar powered trucks, Fuel cell powered trucks. From point A to point B with no stopping in between. Way, way cool.

Robot trucks. OK. Drivers will still be needed. Driverless truck gets off interstate and maneuvers to receiver. Turns into customer yard to staging area. Humans need to be there to open doors so robot can back into dock. Who makes the decision to find the customer? Does the programming do all of it? Will the trailer be completely rebuilt to accommodate the remote door opener? Automatic wheel chocks? Will there be a staging area at each state line to eliminate robot trucks in city traffic.? I wonder how the robot will handle the idiots that we have to put up with in traffic?. Lots of starting and stopping. It will wear out the computer and the robot will recalculate until it crashes. How will it handle mechanical problems like flat tires, air leaks, overheating ? The future is near.

Reader cspoon says its time to get ahead of the curve, invest and profit:

We always complain that if I only knew about this I could have purchased some stocks. Well for the few that are reading this: here is the future coming at us. Yes, the trucks may be on test tracks now. Soon to be on limited road tests maybe with a test driver just in case the system has a failure. Some day the company is going to get approval from the Federal DOT to allow a driverless truck to enter the main stream of traffic. Don’t hide or ignore this information from CCJ. Start looking for the company that is pioneering this technology. Buy some stock while it is low so you can say this time I got in on the ground floor. This is not out of line. Currently Federal Highway Administration is working in conjunction with FORD, GM and Diamond Chrysler on what is called “connected vehicles” and that is receiving and transmitting data from vehicle to vehicle. The idea is to pass on weather data on road conditions to improve safety. If this technology blooms as it has, then transmitting information that my vehicle is traveling 45 mph and you are over taking me at 75 mph is not to out of reach. This could keep vehicles from crashing into each other. It could cause the truck to slow down long before it reaches a situation where split second judgment is needed.

Gearjmmr looks even further into the future:

It just may be that the whole thing will be short-lived because of technology coming on the heels of this that will virtually obliterate the need for surface transportation. It will be sort of like the pager/cell phone/smart phone metamorphosis we experienced in the last two decades. In the days of Buck Rogers serials, people generally took the whole thing to be fantasy. Mankind has since progressed to the building of space stations and the exploration of other planets. Now, if we could just learn to live together. Be well!

Of course, a lot of readers wondered what this will mean for the truck-driving profession. Trucker truth’s comment is representative:

This may happen someday. This is just another way for big trucking companies to put fear in truck drivers heads. Trucking companies do not want to pay a living wage for driving a truck. Let’s put word on the street truck drivers will be replaced in 15 years. There are so many things you have to do to make this happen. From what I see federal, state and local government have no money to spend on a trucking companies dream of paying no one to drive there trucks.

Reader Andre’s not buying it:

As a fleet owner, 9 times out of 10 I’d want a human being behind the wheel. I don’t believe that automated manufacturing, where in most cases a robot does one thing (and only that one thing) thousands of times each day, or that a plane flying on auto-pilot where there is still a fully trained and available pilot on board, can be compared to having a fully automated driverless truck carrying a 44,000-lb load down a busy highway where split second decisions must be made. There are just too many unknowns that come up while driving, including traffic, weather, accidents, and equipment issues, which a professional driver can handle. But a robot could potentially get stuck with a load worth a quarter of a million on an isolated road in the middle of nowhere and the company would have to send either a back-up driver or a highly trained technician to rescue their stranded Transformer.

Technology is still based on human discernment, are we so driven to have our goods we have to use monetary value to choose what is safe?  Yes, our youngsters are better at computers than their elders, is that a future?  Personally I still would rather see this country from a windshield than buy the latest, newest, more expensive gadget just because it is cheaper than the previous newest gadget! 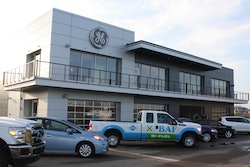 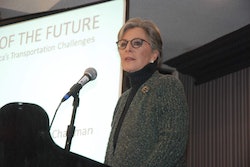