With the changes in hours-of-service rules impacting productivity, carriers are expecting driver wages to climb and more entry-level drivers are going to be recruited, according to Transport Capital Partners’ fourth-quarter survey results.

Seventy-eight percent of carriers reported the new rules are having some impact on productivity. While 41 percent expect the impact will be less than 5 percent, an almost equal number (37 percent) say the new regulations will have more than a 5 percent impact. Notably, almost six months after the changes were implemented, 16 percent of carriers participating in the TCP survey still have not determined the impact.

Capacity increases and the need to find more drivers will inevitably push carriers to raise wages, the analysis notes. But in this environment of static rates, do carriers really believe they can raise driver wages?

“We surmise the pressure of unseated trucks and higher turnover levels may be driving some carriers to higher pay increases,” says Steven Dutro, TCP partner.

With the many changes taking place in the regulatory and economic environment, carriers are also reviewing their labor policies, the survey reports.

RELATED: Hiring CDL school grads? Be careful what you ask for

But that number is set to grow, with slightly over half of all carriers expect to soon be training and utilizing inexperienced, entry-level drivers, according to TCP. Larger carriers expect this option at a rate of more than 2:1 over smaller carriers (64 percent vs. 25 percent).

While a slight majority of carriers are interested in utilizing entry-level drivers, a stunning 84 percent of carriers are willing to support allowing younger, properly trained drivers to enter the driving pool, the report notes.

“We believe this means they support other carriers hiring and training younger driver so that they can then poach them later,” says Richard Mikes, TCP Partner.

Those carriers wishing to sell their company in the next 18 months dropped to 11 percent – the lowest it has ever been, TCP reports. More smaller carriers want to sell than do large carriers (19 percent versus 8 percent).

Even with all the reports of carrier acquisitions this quarter, the overall number of carriers wishing to buy a company in the next 12 months dropped slighted from 47 percent to 42 percent, with buyers concentrated among the larger carriers at 50 percent compared to 27 percent of smaller carriers.

“TCP experience shows pricing continues to be a focal point, with buyers remaining conservative and hesitant to pay ‘blue sky’ except for carriers with excellent operations or significant strategic benefits,” says Mikes. 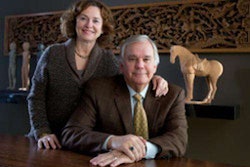 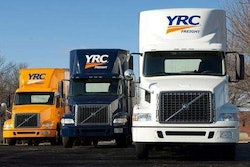 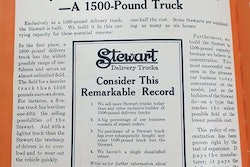