The Department of Energy has once again upwardly revised its forecast for 2014’s average diesel price, pushing it up another 2 cents to $3.83 — still a 9-cent drop from 2013’s average — in its Energy Information Administration’s Short Term Energy Outlook, published monthly.

The average price of diesel in 2015 is still projected to fall to $3.73, based on projected demand and supply of crude oil, per the Feb. 11-released STEO.

The EIA’s monthly forecasts are somewhat volatile and can be swayed by lots of factors.

This is the fourth month in a row the EIA has upwardly revised its 2014 projection. In November’s STEO, the EIA forecasted diesel would average $3.73 in 2014. Then in December, it revised that projection to $3.77, before bumping it up another 4 cents last month to $3.81.

The continued projection of diesel price declines stems from a potential growth in supply that will outpace growth for demand, per EIA. 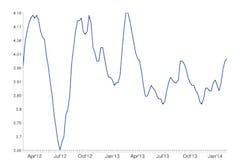 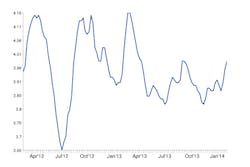 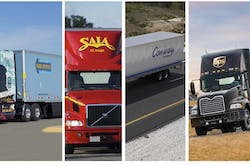 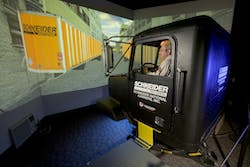