Port owner-operators in Los Angeles and Savannah, Georgia are protesting to demand employee classification instead of independent contractor status.

On April 28, Justice for Port Truckers said it would begin a 48-hour strike at Port of Los Angeles, while Stand Up For Savannah stated it would protest at the Georgia Port Authority’s Garden City Terminal.These owner-operators say gaining employee status would result in better wages, working conditions and collective bargaining rights.

The International Brotherhood of Teamsters has supported these efforts. On April 24, the Teamsters filed its first amended charge against the Pacific 9 Transportation with the National Labor Relations Board’s Los Angeles office. The union alleges that since October, the Carson-based company had interrogated truckers about union sympathies and offered benefits to those who did not wish to join a union.

Last month, the NLRB negotiated a settlement between the carrier and the Teamsters. The company agreed to post notice about the right to unionize in return for settling Teamsters’ allegations that carrier officials attempted to interfere with unionization efforts last fall.

That settlement was limited to requiring Pac 9 post the announcement in the company break room and does not assign fault or address other issues. 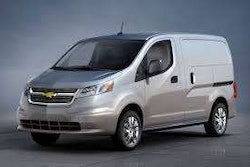