When it comes to hazmat, the Department of Defense is sometimes a careless, carrier-unfriendly shipper – and instances of denying truck drivers access to secure parking could be catastrophic, a recent oversight report concludes. The report also cautions that CSA has shortcomings as a tool for DOD’s carrier selection process.

In the report published this month, “DOD Needs to Take Actions to Improve the Transportation of Hazardous Material Shipments,” the U.S. Government Accountability Office finds that DOD “has experienced some challenges” in implementing hazmat regulations which can “adversely affect the safe, timely, and cost-effective transportation.”

Most notably, with regard to trucking, at least 44 times during fiscal years 2012 and 2013, DOD installations did not provide commercial carriers with access to secure hold areas for arms, ammunition, and explosives shipments or assist them in finding alternatives, as required by DOD regulations.

While noting that there were 70,891 of these types of shipments, “not providing secure hold for even a small percentage … poses a risk to public safety and national security,” the report says.

The GAO also found that “a substantial number” of hazmat shipments were not documented and packaged properly.

With regard to Compliance, Safety, Accountability and carrier selection, GAO revisits its previous analysis of the program’s shortcomings and recommends the Defense Department review its procedures as well.

The report points out that DOD may be determining which carriers should be eligible to transport its most-sensitive shipments “using a safety score that lacks sufficient information to reliably assess safety performance for many carriers.”

However, in February GAO found that scores from many carriers lack sufficient safety performance data to reliably compare them with other commercial carriers’ scores.

The report notes that DOT agreed to consider GAO’s recommendations regarding the carrier scoring sysem, but expressed “significant and substantive disagreements” with some aspects of the analysis. 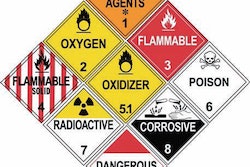 DOT to use CSA scores to monitor hazmat permit holders 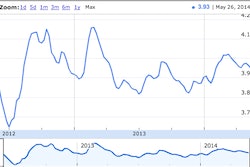