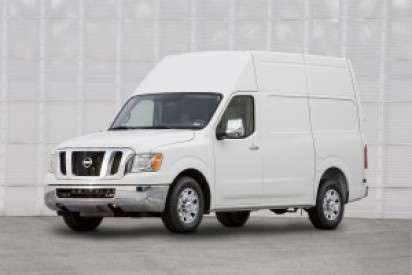 The specific models covered by this new bumper-to-bumper warranty include the 2014 NV Cargo Van, NV Passenger Van and the NV200 Compact Cargo.

“While we’re relatively new to the world of commercial vehicles in the U.S., we’ve already proven our mettle with vehicles that endure harsh conditions that passenger cars will never see,” said Fred Diaz, senior vice president, Nissan Sales & Marketing and Operations. “This warranty reaffirms our confidence in the quality of our vehicles, as some of the NV 2500 and 3500 models have already accrued 550,000-plus miles of real-world use.”

“This warranty reflects our growing confidence and capability in the North American commercial van market, adds Phil O’Conner, director and chief marketing manager for Nissan Trucks, SUVs, Crossovers and Commercial Vans. “We now have both our full-size NV2000 and compact NV200 vans in the market now. Both vehicles have been rigorously tested and have logged over half a million mile in real-world applications with little issues. This warranty is a way of submitting to our customers that if they buy a Nissan commercial van, they’re buying a vehicle that they can depend on to grow with their business over the long haul.”

The improved warranty retroactively covers all 2014 model year Nissan Commercial Vehicles. Nissan has been selling LCVs in the U.S. since spring 2011 with the introduction of the NV Cargo and NV Passenger vans. The NV200 Compact Cargo was released to acclaim in April 2013 and is also the base for the Chevrolet City Express, General Motors’ upcoming entry into the segment.

“As Nissan Commercial Vehicles have established a reputation for ruggedness and durability in the field, we’re gaining sales traction and customer acceptance of our work vehicles,” Diaz added. “We’re in the commercial vehicle game for the long haul, and this warranty will further help our customers to have greater confidence in their vehicles.”

Nissan’s new Light Commercial Vehicle warranty was inspired in part by the stories of Nissan Commercial Vehicles experiencing remarkable longevity under real-world work circumstances with businesses such as Above and Beyond Delivery. The company operates a fleet of 18-20 Nissan NV 3500 cargo vans out of Chandler, Ariz., supporting the mining, pharmaceuticals and food services industries. Above and Beyond began working with Nissan back in 2011, when an NV Cargo was lent to the company for its operations in the mining industry.

The initial vehicle used by Above and Beyond accrued more than 550,000 miles on its odometer with few repairs or downtime in the course of its service – the most major being an alternator replacement at 382,000 miles.

“Our drivers operate in the extreme weather of Arizona in challenging conditions, such as the Morenci Mine, which is one of the world’s largest copper mines. Service failures are not an option for us. If a vehicle is down, it is not making money, so the reliability of the Nissan NVs is a massive advantage,” said James Bowman, president, Above and Beyond Delivery.

“We have been very impressed at how good the Nissan NV lineup has gotten – especially with our half-million-mile experience with a single NV Cargo hauling large rock samples – so we are in the process of transitioning all of our light-duty delivery vehicles to Nissan NVs.  We have 25 vehicles on order at present.”

All Nissan Commercial Vehicles sold in the U.S. are assembled in North America, with the NV Cargo and NV Passenger assembled in Canton, Miss., and the NV200 assembled in Cuernavaca, Mexico. 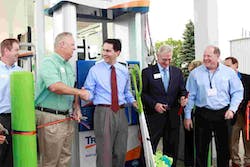 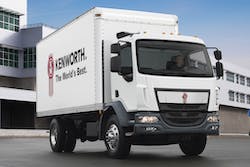 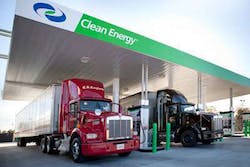 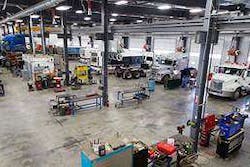