What if instead of burning natural gas directly as a fuel it could be converted to high-energy diesel fuel capable of being dropped in diesel engines already on the road today?

That could be a long-term result of gas-to-liquid technology Shell has built a multi-billion facility around in Qatar, where the company takes natural gas and turns it into liquid hydrocarbon that has a variety of uses, including as diesel and as a base stock for heavy duty lubricants, says Shell’s global manager of technology, Richard Tucker.

Three to four different streams of end products come out of the GTL plant in Qatar, Tucker said in a one-on-one with CCJ last month at Shell’s  2014 Global Media Event in Shanghai, China.

One of those streams is high cetane diesel fuel that meets U.S. specifications, Tucker says, though the fuel looks and smells a little different: For starters, it’s clear and doesn’t really have a smell, but it also only has trace amounts of sulfur and a cetane rating twice that of the standard 40 used in the U.S. today.

GTL is clean-burning and quieter than diesel, too, Tucker says.

But its implementation is probably years if not decades off, Tucker says, and even if its use spreads, it may be more suited for severe duty, construction and local applications rather than long-haul.

Shell’s GTL fuel is only available in the Netherlands and Germany now as the company figures out some of the logistical side of getting the fuel to market, Tucker says.

More coverage of Shell’s 2014 Global Media Event — held in Shanghai, China, in the last week of June — will be posted this week, on topics like PC-11 engine oils, global energy outlook and alternative fuels. 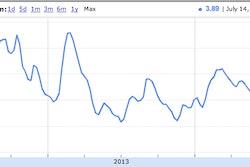 Diesel price down again, hits one of lowest points of the year 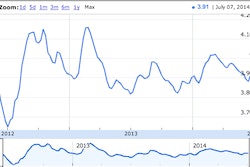 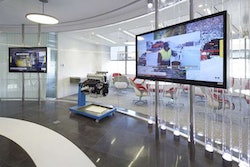