Two federal trucking regulations moved a step closer to publication this month, according to a recent report from the Department of Transportation: A rule to require the use of speed limiters on trucks and a rule increasing the minimum insurance requirements for carriers both were sent to the Office of the Secretary of Transportation last week.

The DOT projects in its report that both rules will move from the OST to the White House’s Office of Management and Budget for final approval in early September.

From there, both will go back to the Federal Motor Carrier Safety Administration for publication as Notices of Proposed Rulemaking, and each will have a multi-month public comment period before the agency produces final rules.

The rule is projected to clear the OMB Dec. 8 and be published in the Federal Register Dec. 12. The DOT says it will have a 90-day public comment period.

The rule upping the minimum amount of liability insurance that trucking companies must carry came on the radar in April, and the agency has seemingly expedited work on it.

It would up the minimum from $750,000, but FMCSA has not said what the new minimum would be. In an April report, however, FMCSA said that if the limit had kept up with inflation since being set in 1985, it would be $1.62 million.

The rule is expected to clear the OMB Sept. 19 and be published in the Federal Register Sept. 26, according to the DOT report.

It will have a 90-day public comment period ending Dec. 26.

The projected action dates for the agency’s Safety Fitness Determination rule — part of the Compliance, Safety, Accountability program — have not changed, and the rule is still expected to be published Feb. 10, 2015, and have a 90-day public comment period ending in May.

The rule would allow the agency to produce a single score — a Safety Fitness Determination — for carriers based upon agency data similar to that used to produce CSA’s Safety Measurement System rankings.

The agency would use the scores to prioritize carriers for intervention, it says.

The agency’s rule to rescind the requirement to submit Driver Vehicle Inspection Reports when no defects have been found is still projected for publication in late October, according to the report. It was sent to the OMB July 29. OMB notes, however, project the rule to be published in November. 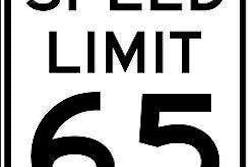 Per DOT, speed limiter rule could come this year