Headquartered in San Diego, the company offers a video-based risk management program for commercial vehicles and transit agencies that is designed to reduce collisions and improve fuel efficiency. In Nov., 2014, CCJ was granted an exclusive visit to SmartDrive’s headquarters. You can read about that here.

In making the announcement, SmartDrive attributed growth in 2014, which included an expansion of its customer base by 45 percent, to its continued product innovation, strategic partnerships and customer acquisitions across a number of key vertical markets.

Launched in 2004, SmartDrive says it has stayed focused on identifying unsafe driving and preventing collisions from happening in the future with an open data platform that identifies driving risk, captures video, vehicle, audio and driving data and automatically offloads that video for review by driving experts. To date, SmartDrive’s database has captured and analyzed more than 80 million risky driving events.

“This is an exciting time for SmartDrive,” said Steve Mitgang, chief executive officer. “Our company achieved remarkable growth as the market has begun to embrace video-based safety programs as a key strategic investment. In addition, we have seen our customers measurably reduce their risk, improving safety scores by over 50 percent within weeks of deploying our solution. At the end of the day, our goal is to help our customers protect their company and their freight and, most importantly, bring their drivers home safely.”

Last year, SmartDrive added its Assurance product line to extend the range of camera, integration and program configuration options — including a 360 degree-view of the vehicle – to capture incidents caused by backing, unintended lane changes, roll-overs and close following from passenger vehicles. Other product enhancements in the past 15 months include custom coaching and scoring, enhanced management reporting and KPIs, dynamic range triggering, active safety system integration and extended recording. SmartDrive delivers its software and firmware upgrades “over-the-air” to customers as part of a monthly subscription.

Other recent collaborations include strategic alliances with WABCO and Convoy Technologies on developing solutions to further reduce collisions and improve fleet safety.

In 2014, SmartDrive was ranked as the 399th fastest growing company in North America on Deloitte’s 2014 Technology Fast 500. It has grown to 450 employees and expanded its footprint globally into seven countries. Looking ahead, SmartDrive plans to continue investing in its team and expand its sales force in 2015. 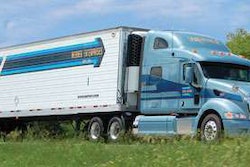 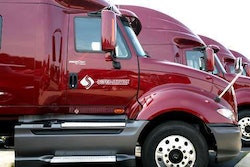