Van loads hot in the West: Demand for van carriers rose 11 percent in the week ended Oct. 3, according to data from loadboard DAT Solutions, but for the highest load-to-truck ratio, look to the West, where load volume is well outpacing available capacity. Oregon and New Mexico posted the strongest showings, with 5.5 or more van loads per truck, but California, Nevada, Utah, Idaho and Washington all posted van load to truck ratios in the 2.6-5.4 range.

Diesel expected to stay cheap: The national average price for a gallon of on-highway diesel is forecasted to average $2.72 in 2015, according to the Department of Energy’s most recent Short-Term Energy Outlook, released Oct. 6. That’s more than a dollar below 2014’s average price, $3.83, and 2013’s average, $3.92. The DOE expects the trend to continue, too, forecasting diesel will average in 2016 just five cents higher, $2.77, than 2015’s average.

Class 8 orders fall slightly: Class 8 orders in September fell half a percent to just shy of 20,000, FTR reported last week. The order numbers were in line with expectations, FTR says, and are consistent with the pattern seen in recent months. Compared to September of last year — a month in the middle of a record-setting streak — orders were down 21 percent. The last 12 months still annualize to “a solid rate,” FTR says — 345,000 net orders.

“After the wild order activity that started last October, the market has fallen back to a remarkable level of consistency,” says FTR’s Don Ake. “To have five months of orders be this stable in a stronger market is likely unprecedented. Fleets loaded their orders into the backlog by March and OEMs have just been filling in the remaining slots since then.” 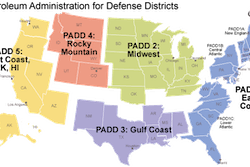 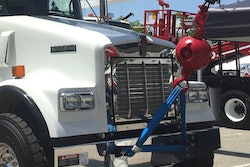