The Vigillo company has announced the availability of its new “Just” program. Carriers utilitzing it can obtain and present to customers “a true picture of the compliance, safety and accountability of” the fleet, the company says.

Just offers an alternative to the Federal Motor Carrier Safety Administration’s Compliance, Safety, Accountability (CSA) scoring system, lately under fire in Congress. Just claims to address four primary issues for which many in the industry and in government have criticized the CSA Safety Measurement System.

Crash accountability
All crashes, regardless of whether or not the carrier was at fault or the driver could have prevented the accident, are currently utilized in scoring metrics in the CSA SMS Crash Indicator BASIC. With Just, Vigillo has established, it says, “a network of current and former law enforcement officials who will review all submitted crash reports, photographs and in-cab video.” The system chooses preventability as its standard for inclusion in its custom scoring metrics and “will remove clearly non-preventable crashes from the Crash score.”

The choice of preventability as opposed to fault is significant, as many consider the preventability standard a more stringent and definable one. FMCSA, too, determines preventability during compliance reviews of carriers where crash issues potentially could impact a carrier’s safety rating.

Vigillo’s system offers carriers a chance to garner such determinations to potentially share with current or prospective customers and/or use in other ways. Vigillo suggests a 48-hour review by its “network of current and former law enforcement officials” would be sufficient to “deem the crash preventable or non-preventable” in each case.

Geographical, operational enforcement disparities
CSA “treats every mile — city, country, mountain, winter, or border crossing,” Vigillo says, “as if it is exactly the same.” Drivers are well aware of the differences, likewise as they arise from different trailer types and vehicle configurations. Vigillo claims to “mathematically adjust” CSA scores “to account for state disparity.”

Such an alternative methodology was analyzed by the American Transportation Research Institute in its 2014 study of enforcement variability around the nation.

Safety Event Groups
Vigillo’s Just system claims to refine the way in which carriers are grouped for comparative percentile rankings in the SMS categories of measurement. “Under the current system, carriers are not grouped and compared to similar carriers,” the company says. “Additionally, they are not grouped geographically, or by truck type, or line of business.”

Un(der)-inspected carriers
With the SMS as it is, many of the smallest carriers have so few inspections with violations in the system they often go unranked publicly in any of the SMS BASIC categories of measurement. Vigillo says this “results in 678,147 regulated motor carriers flying under the radar of CSA.”

The company categorizes this reality as creating a competitive disadvantage for the 11 percent of carriers who are ranked, and promises with the Just system to “find” unranked/unscored carriers and score “them all, leveling the playing field.”

Significantly, the Congressional Government Accountability Office in 2014 criticized the CSA SMS as it is for utilizing too-small sets of data to publicly rank the 11 percent of carriers that it does rank today. Small fleets and independent owner-operators who garner enough inspections to produce a ranking have routinely complained about the wildly-fluctuating nature of the scores, given the small number of data points utilized in the mathematical calculation that produces the comparative rankings. 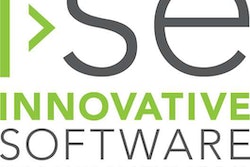