The House’s recent passage of a long-term highway bill has been largely celebrated by trucking industry stakeholders, but one section of the bill is still giving pause to many in trucking, especially small carriers and owner-operators.

As CCJ reported prior to the bill’s passage, broker and owner-operator advocacy groups were pursuing a change to the bill during the amendment process that would fix a portion of the bill that sets so-called “interim hiring standards” for those making carrier hiring decisions, such as brokers. The fix, however, was pulled from the House floor, and the bill subsequently cleared Congress’ lower chamber with the language intact. A fix could still come, however, in the Senate-House conference committee on their two respective highway bills.

The standards set in the House bill could potentially exclude hundreds of thousands of carriers from being qualified as “hireable” in the eyes of the highway bill as-is. CCJ sister site Overdrive this week dug into RigDig Business Intelligence data earlier this week to show that the hiring standards could negatively affect roughly 440,000 carriers — those with either a “conditional” or “unrated”  FMCSA safety rating.

The hiring standards named in the bill come parallel to the legislation’s call to remove CSA scores from public view. The problem is, however, unlike a standalone bill introduced earlier this year, one of the three carrier hiring criteria says shippers and brokers should make certain a carrier “has been given a satisfactory rating in FMCSA’s safety rating system.”

And as the chart shows, many of those carriers are likely smaller carriers. The 428,108 “unrated” carriers have on average 3.25 trucks, where as the 35,940 carriers with a “satisfactory” rating have on average 41 trucks. 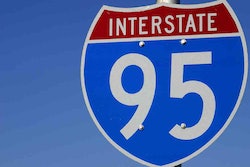