The company’s 340 new Freightliners will be equipped with AutoVue and BlindSpotter, joining 47 AutoVue systems on other units in a pilot program.

Both makes will also include SafetyDirect from Bendix CVS, a web portal that connects with onboard safety technologies to provide fleet operators with a comprehensive view of their fleet and each driver.

Rhonda Otto, Averitt’s loss prevention coordinator, says the company began spec’ing the Bendix ESP full-stability system a few years ago on its sleeper units and internal data showed it to be particularly effective in safely slowing equipment in snow and heavy rain.

“Especially amid changes in road surface, such as from a bridge to highway pavement,” he adds. “Also, during a pilot program, our drivers gave Bendix Wingman Advanced positive feedback, saying they would like to see this collision mitigation technology in our new trucks.”

Otto says Averitt Express has used SafetyDirect’s data and videos to show drivers how they can improve their driving skills.

“Similar to the way athletes use film study,” he says. “It reveals coachable opportunities, as well as situations in which our drivers are rewarded for crash prevention when other vehicles are at fault. Integrating this technology into our current telematics systems strengthens our ability to make more informed safety decisions.”

Bendix and Averitt emphasize that safety technologies do not replace the need for safe drivers. Responsibility for the safe operation of the vehicle remains with the driver at all times. No commercial vehicle safety technology replaces the most important safety components of all – a skilled, alert professional driver exercising safe driving habits, as well as continuous, comprehensive driver training. 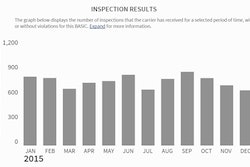 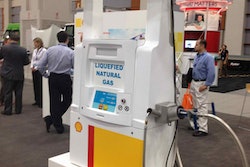