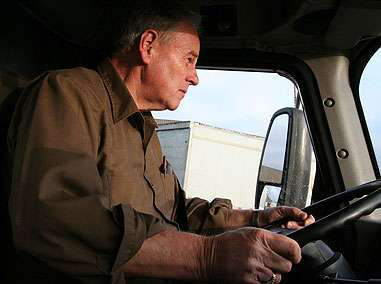 FleetCor Technologies was already a fuel card provider when it bought Comdata from Ceridian in November, 2014, for the sum of $3.45 billion. It gained something new with Comdata — an integrated, electronic payments platform used by over-the-road fleets to manage more than just fuel expenses.

FleetCor also had something to add to Comdata’s menu of services. In 2009, FleetCor acquired CLC Lodging, the nation’s largest negotiator of workforce lodging rates. Seeing the opportunity to broaden its portfolio, Comdata started talking to its client advisory board in the summer of 2015 to assess the need.

One board member, a large fleet, said its hotel expenses netted $2,000 per driver, per year, says Terrence McCrossan, senior vice president and general manager of Comdata. Next, Comdata surveyed 600 fleet customers to get more market intelligence.

The results showed the vast majority of fleets are not using programs of any kind to manage hotel expenses for events that include equipment breakdowns, maintenance and driver training meetings, he says. Results also showed two-thirds of the hotel stays are spontaneous. Neither fleet managers nor drivers had planned ahead for lodging on their routes.

In December, 2015, Comdata announced the Comdata Hotel Network, powered by CLC Lodging. The network has approximately 12,000 participating locations across North America. All locations have been pre-screened to identify if there is available truck parking. 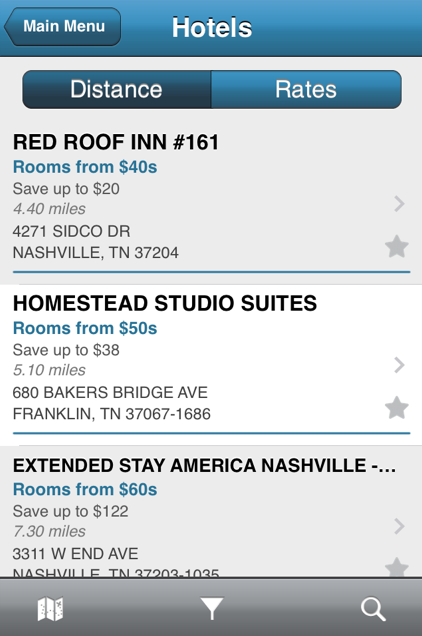 The Comdata Hotel Network has a mobile app drivers use to search for hotels in the network along their route.

Drivers can use a mobile app to search for hotels by location and upon check in present their fleet-issued Comdata card to make a reservation and pay. Comdata guarantees a discount of 20 percent or more off the lowest published rate.

Motor carriers with company drivers, owner-operators, or a combination of both, are now using this added feature as part of their Comdata fleet card program to save money and improve driver satisfaction.

Team Drive-Away, based in Shawnee, Kan., operates a fleet of 315 contractors to transport Class 8 trucks piggy back style, called decking, for its truck dealers and motor carrier customers in the United States and Canada. The company advances drivers two-thirds of the load settlement on Comdata cards at the time of dispatch to pay for fuel and other trip-related expenses. The remaining funds are added to the card after delivery.

Prior to using the hotel network, most drivers had to withdraw cash from their Comdata cards at ATMs to pay, says Scott Shacklett, chief executive of Team Drive-Away. Since most drivers do not have personal credit cards, the selection of hotels was very limited.

All of the company’s drivers do have smartphones, however, to download the app and find nearby hotels with truck parking, all of which accept their Comdata cards for payment.

“This is a home run for us,” he says. “Retention is where it helps.”

Drivers at Team Drive-Away “are a skeptical group,” he says, and are generally slow to adopt new technology. “When I tell them they can save 20 to 40 percent they say ‘yeah right,’ but that changes as soon as one of their buddies starts doing it.”

Schuster Trucking, a 375-truck refrigerated carrier with headquarters in Le Mars, Iowa, has a mix of 325 company drivers and 50 owner operators. The company pays hotel tabs for company drivers during breakdowns or extended layovers. It also covers the cost when new drivers come to its home office for orientation training.

Before using the Comdata Hotel Network, Schuster Trucking reimbursed drivers for hotels stays by sending funds via “Comcheks.” In situations where drivers did not have personal credit cards, the company was using corporate cards. This always involved making phone calls and faxes to confirm charges, and managers often had to get involved after normal work hours, says Jeff Arens, vice president. 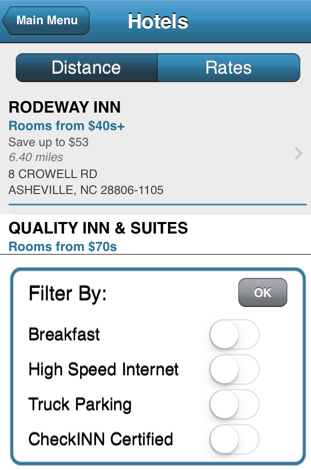 Drivers can filter their searches for truck parking, among other conveniences.

“That led to a more time-consuming process,” he says, “and it could be a frustration point for drivers.”

Now drivers can book hotels whenever they want, pay with a Comdata fleet card, and have the cost automatically deducted from their payroll. Approximately 70 percent of the time the company pays for the rooms, but drivers have the option to use the convenience whenever they want.

Compared to what it spent on hotels before, Arens says that Schuster Trucking is now spending between 15 and 20 percent less.

“It has been positive for drivers that have used it. We are rolling it out as needed by informing drivers how the cards work,” he says. Sometimes the receptionists at hotels are not aware that drivers can use a Comdata card, but “it’s worked every time we have used it.”

Hotel expenses can be managed just like fuel transactions. Fleets can set up card controls using Comdata’s Web portal to authorize monthly or weekly allowances or a one-time expense, depending on their preferences, says Randy Morgan, chief operating officer of Comdata. Hotel transactions can be categorized as payroll-deduct or company expense and integrated with accounting systems for automation.

After starting 2016 with a hotel network, Comdata says there is more to come in its universe of electronic fleet payment systems.

“As we move through the year we expect to launch a number of new services,” Morgan says.