The Owner-Operator Independent Drivers Association has won its class action lawsuit against New York after a state trial court ruled its Highway Use Registration and Decal taxes are unconstitutional.

That results in out-of-state truck owners have a higher per-mile-tax rate, which violates the federal Commerce Clause prohibiting states from imposing burdens on interstate commerce, the court ruled.

The state charges $15 registration for each vehicle subject to HUT unless operating on New York Thruway’s tolled portions. OOIDA filed suit in 2013, when New York began requiring a $4 decal as proof of registration and not displaying it became classified as a traffic infraction.

Ferreira gave the association 60 days to submit briefs regarding refunds, which OOIDA has estimated could total more than $30 million. 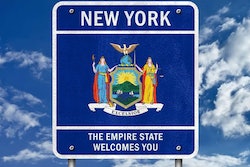 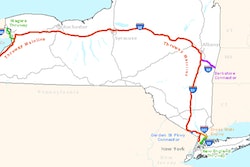