Inspection is key in the life of a braking system Brake violations were among the three most cited by the Federal Motor Carrier Safety Administration (FMCSA) nationwide over a 50-month stretch from December 2010 to February 2015, and were the top offense in 12 states.

Advancements in braking systems have helped make today’s commercial trucks safer than ever, but they are only as effective as their maintenance routines.

“It is critical [brakes] are kept within their adjustment spec, which will give the vehicle even and balanced braking for better control,” says George Bowers, director of maintenance operations, Ryder. “Proper brake inspection is more than just the ability to stop the vehicle. It is about vehicle control.”

Inspection is also a key step in extending the life of the brake system itself.

Safety and wear-and-tear aside, failing a brake inspection can also be expensive.

Bowers says the cost of a brake-related mobile service repair can easily exceed $1,000, and that’s assuming you don’t need a tow.

“If the officer deems the unit unsafe, towing will most likely be required,” he adds. “Service calls for units on the side of the road take time away from the shop to manage scheduled work.”

“Customers deciding which carrier to use will also factor safety ratings in to their selection,” McComsey adds. “So, in addition to the cost of downtime, brake violations may also cause a fleet to lose business opportunities.” “Thirty percent of Class 8 vehicle accidents last year showed those vehicle’s brakes were classified out of service,” Mendy says. “The number one ticketed item during DOT inspections is brake stroke.”

A driver’s pre- and post-trip inspections are critical parts to identifying issues before violations occur. Rust streaks; air leaks; oil stains; worn, missing, broken or loose brake components; air lines rubbing on cross members or frame rails and/or bad or missing glad-hand seals are all obvious red flags every driver should be on the lookout for.

“Take a look at components such as air chambers that may be corroded or severely rusted,” he says. “Check the air system for contamination or water. Look for loose parts like chambers, slack adjuster, brackets, air lines that maybe hanging low and may hook on road debris.”

Mendy suggests drivers build pressure in the air system while keeping parking brakes applied, then walking around the truck to listen for leaks.

“Most of the time, you can hear (air leaks), and they are indicative of a lot of things,” Petresh adds.

“Look at the air gauges to see if the compressor is building correctly,” Mendy says. “Check to see if the ABS or electronics components warning lamp is illuminated. Another visual check is to look for a slack adjustor that has an excessive stroke, which may indicate an out of adjustment wheel end and possible worn shoe.”

Morrison says drivers should inspect the pad thickness by visual inspection or measure caliper position with a ruler and inspect the rotors for cracks every four to six months. 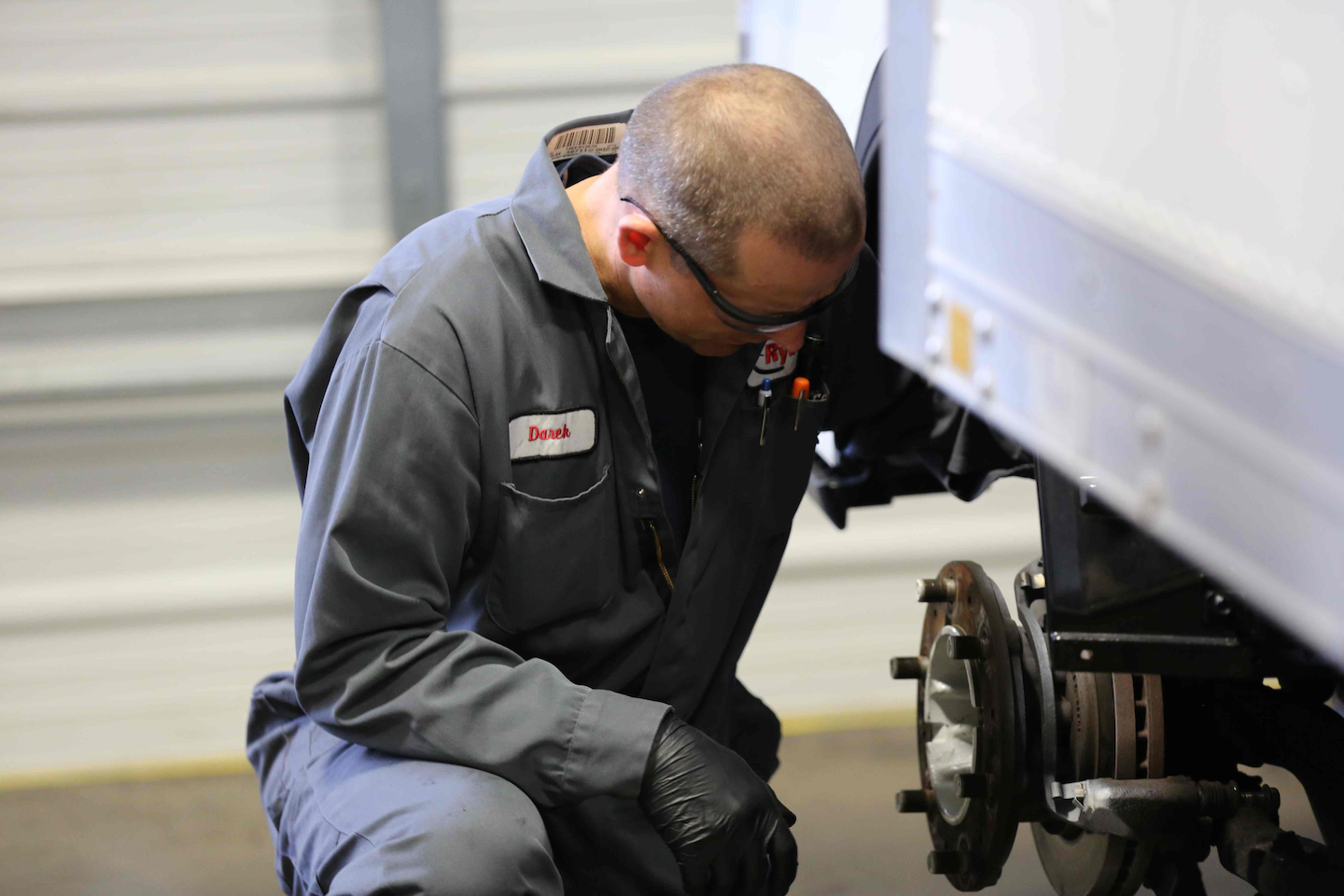 “This also helps reduce potential hard part failures by being proactive in preventative maintenance,” he adds.

Once a problem is identified, assuming a repair facility isn’t nearby, drivers should first seek advice from their manager.

“Find someone quickly before moving the vehicle,” Mendy says. “Call dispatch and have them make a service decision.”

“The brake system must be inspected and repaired, if needed, by a qualified technician,” Bowers adds. “Any potential brake system issue must be properly inspected, so never attempt to move the unit until that inspection and repair have been completed.”

Another part of a proactive inspection, Petresh says, is to remembering there is something behind the tractor that often gets overlooked.

“Spring brake issues on trailers pop up because trailers don’t get a lot of the maintenance they should get,” he says. “If it feels like the trailer is pushing the tractor, there’s a problem on the trailer side.”

Among the problems with pre- and post-trip inspection, Petresh says, is that they are often not consistent and are loosely enforced.

“We try to encourage fleets or the operator to implement inspection requirements, or even expand them so the drivers are more capable and more knowledgeable of what to look for. Walking around without seriously looking at it isn’t going to show [the driver] anything,” he says. “What they need are some guidelines with what they should be looking for.” 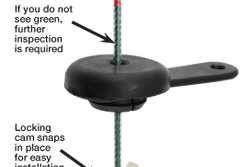 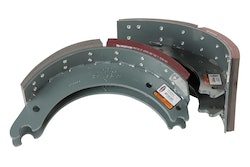