The Federal Motor Carrier Safety Administration announced this week it now accepts Mexico’s criteria for annual inspection of trucks domiciled there after concluding its inspection standards were comparable to the United States.

Mexican carriers must keep copies of inspection reports and a sticker/decal must be affixed to the truck to satisfy the U.S. periodic inspection requirements.

The FMCSA reviewed Mexico’s pass-fail criteria for specific vehicle components and systems examined for mandatory inspection and concluded Mexico’s inspection program is comparable to the United States. It acknowledged Mexico’s compliance dates are different than its own for some safety systems and components, such as antilock braking systems or ABS. “However, the agency does not believe the differences in the compliance dates for such systems is a sufficient basis for considering Mexico’s annual inspection standards to be substantively different,” the FMCSA wrote. 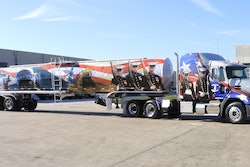 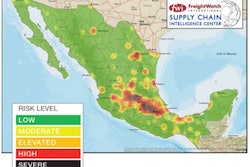