Christopher Pender, a third-party commercial driver’s license tester, was charged April 4 for making and using a false writing and document by accepting cash payments from various CDL test applicants instead of giving the test.

In exchange for the payments, Pender provided the applicants with a Commercial Driver’s Skill Test Certificate, falsely certifying that the applicant had passed the test when he or she never took the test.

Beayaeh Kamara was sentenced April 13 to two years probation and 100 hours of community service for his role in a CDL test cheating scheme.

Kamara is the 11th and final person to be sentenced from the case that involved CDL test facilitators accepting between $1,800 and $2,500 in return for CDL exam answers and escort assistance through the DMV process.

The DOT says the pair conspired to provide false residency documents to CDL students of VN Trucking who resided outside of Pennsylvania, allowing the students to obtain driver’s licenses – the precursor to obtaining a CLP and CDL. 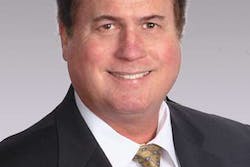 A tailored PM program is the answer