As the official countdown enters the final hour before a Neopanamax ship navigates the waters of the 80-km Panama Canal for the first time, the excitement in this country has reached a fevered pitch. The Panama Canal Authority (ACP) earns high marks for generating hype and selling the public on the undeniable economic potential of the Panama Canal Expansion could have for the country’s economy. But I get the sense from talking to locals, Uber drivers and a couple of French expats at the next dinner table last night, there exists a nervous optimism so intense it seems as though their country’s economic fate hangs in the balance. And in some regards, that may very well be the case.

When the 2006 national referendum overwhelmingly passed to move forward with the expansion project, its $5.25 billion price tag represented more than 30 percent of Panama’s GDP. Since then, Panama’s economy has emerged as one of Latin America’s strongest. The country’s economy actually grew 4 percent in 2009 at the beginning of the global financial crisis, and GDP accelerated from $25 billion to $46 billion from 2009 to 2015 with a boom in exports. The gleaming new high-end hotels and financial skyscrapers that line Panama City’s skyline are a testament to this economic surge.

But Panama’s economic engine (4.6 percent GDP growth in Q1 2016) is now growing at its slowest pace since 2010. Economic inflation and cost of living are on the rise, while tourism from North America and Europe is declining. Some downtown blocks have abandoned construction projects still bearing “Coming in 2014” banners on the side. With all this going on, the timing of the nine-year Panama Canal Expansion project’s completion couldn’t have come at a better time.

The Panama Canal contributes roughly 6 percent to Panama’s GDP, but global maritime trade decelerated in recent years, and the Panama Canal’s share of that pie has dropped from 3 percent in 2006 to just 2.3 percent in 2014. The expansion, which ACP says can double or even triple the canal’s capacity, serves as a chance to reclaim business lost to other shipping routes and capture an ever-growing share of Neopanamax vessels that until now have been too big to navigate its waters.

If Panama is to continue its own golden age, the pressure on the ACP and the Panama Canal to capture an increasing share of a shrinking market and deliver on its potential takes on an even greater role than Panamanians might have imagined when the project began. 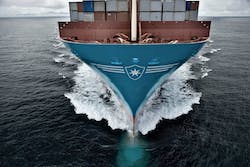 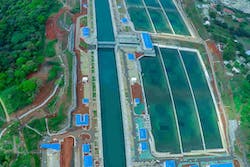 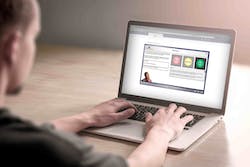 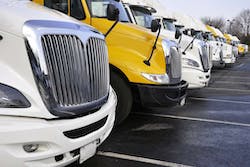