The case will be heard by the three-judge Seventh Circuit court of Appeals at the Main Courtroom in Chicago, Ill.

The Owner-Operator Independent Drivers Association is the lead plaintiff in the case. OOIDA’s backing owner-operators Mark Elrod and Richard Pingel. The trio successfully challenged the DOT’s prior attempt at an e-log mandate, winning a 2011-brought lawsuit.

The Federal Motor Carrier Safety Administration published a rule in December 2015 that will require most truckers required to keep records of duty status to use ELDs to track hours of service compliance. The rule takes effect December 18, 2017.

OOIDA filed its suit in March, arguing the mandate violates truckers’ 4th Amendment rights to privacy and protections against illegal search and seizure, as the mandate effectively calls for truckers’ locations to be tracked in real time.

The plaintiffs also argue the rule doesn’t benefit safety and places an unfair cost of compliance on small carriers.

The DOT and its Federal Motor Carrier Safety Administration — the defendants in the case — argue otherwise, saying the mandate will improve hours of service compliance, create a level playing field for all carriers and will improve highway safety.

FMCSA also said in its court filings that truckers should have lower expectations of privacy, given the “long tradition of close government supervision” of the industry, the agency wrote in its 60-page court brief.

OOIDA has until Aug. 8 to respond to FMCSA’s brief, which was filed June 15.

The court document announcing the Sept. 13 oral argument date said arguments will be “no more than 20 minutes for each side,” along with time for rebuttal and questions from the judges hearing the case. 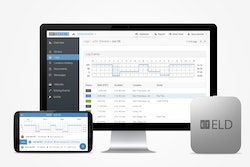