Driverless trucks may not be around the corner, but automation and advanced safety technology still appears to be making itself at home in North American fleets.

At least that was the message Thursday during the final segment of CCJ’s Market Movers at the Great American Trucking Show (GATS) in Dallas, where Covenant Transport President David Parker and Alain Bedard, chairman and CEO at Transforce, took turns regaling the audience with success stories from their efforts to implement new such technology into their operations.

For an industry that has long relied on drivers alone to keep their assets out of harm’s way, Bedard says new technologies are providing safety reinforcements for drivers that trucking has desperately needed.

The result, Parker says, are fleets that are reducing accidents and downtime and while simultaneously improving ROI and lessening driver responsibility.

“I admit at first I was kind of a doubter,” says Parker, memories of mandated engine technology that didn’t pay back as expected still fresh in his mind.

He says Covenant “did a lot of research” before it was comfortable adding an optional safety technology—roll stability control came first—but once the company took the plunge it didn’t take long to see it was worth it.

Parker says nearly all of Covenant’s tractors have RSC today, and the company also has invested heavily in lane departure systems and front-end cameras. And the results speak for themselves. Parker says rollovers and lane departure accidents are down across the board.

“In the last three to four years we’ve seen [the systems] truly pay for themselves.”

Bedard has seen similar success rates at Transforce, and is eager for what comes next. He says the “driver assisted” technology available today makes a good operator a better one, but it still can’t account for the distracted or tired driver who makes a crucial mistake.

“You cannot assist the driver for driver fatigue,” he says. “You can give the guy all the tools in the world … but if that guy has been driving 17 hours you have a problem.”

That’s where full autonomy comes in. Both Bedard and Parker believe it’s unlikely we’ll see tractors without drivers in the near or distant future, but minimizing their regular responsibilities—both in passenger cars and heavy trucks—should ideally result in drivers who are more alert and attentive in situations where they are called upon.

In time, Bedard says drivers could become more like commercial airline pilots—essential during arrival and departure but otherwise on site only “in case of” emergencies.

Adds Parker, “I think the requirement will always be with a driver. The pilot is not flying the plane until it’s time to land, but I still feel a lot more comfortable that the pilot is up there.” 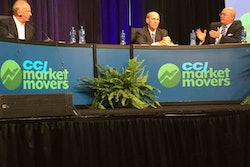 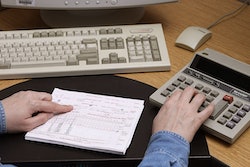