Kevin Burch, president of Jet Express and vice chairman of Trucking Moves America Forward, was elected this week as the American Trucking Associations’ next chairman.

Burch replaces Pat Thomas, senior vice president for state government affairs at UPS, as ATA’s chairman. He has been the president of Jet Express since 1990 and a CDL-holder since 2008.

“I am honored and humbled that my fellow ATA members have chosen me as their chairman for the next year,” Burch said. “This is an industry filled with wonderful, dedicated professionals – from drivers and dispatchers to salesmen and executives – and I am privileged to represent them all as ATA chairman.”

Burch has previously served as chairman of ATA’s Communications and Image Policy Committee and of the Truckload Carriers Association. He also works closely with the LEAD ATA program, the organization said.

“Kevin has been one of our association’s most vocal and passionate advocates,” ATA President and CEO Chris Spear said. “His enthusiasm for trucking and for improving its image is infectious and will serve him and ATA well as chairman.” 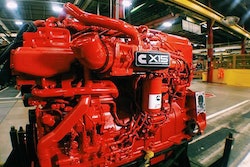 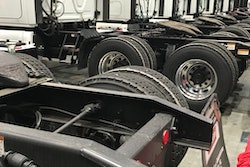