The Federal Trade Commission has filed a complaint against James Lamb and several of his motor carrier business services companies claiming they scammed thousands of owner-operators and other transportation providers out of nearly $20 million.

The FTC says Lamb and cohorts tricked small business truckers into paying unnecessary federal and state registration fees by pretending to be associated with the Department of Transportation or other agencies. They sent “robocalls, emails and text messages that create and reinforce the false impression that they are, or are affiliated with, the U.S. DOT, the [Unified Carrier Registration] system or another government agency,” the FTC alleges. Lamb and his agents would threaten owner-operators with fines and more if they did not pay, the FTC claims.

Lamb, a broker advocate as head of the Association of Independent Property Brokers and Agents, contests the FTC charges, arguing the agency has acted deceptively in court against him and his companies. Lamb has filed a motion asking the FTC to foot his attorney’s fees spent defending himself, and he says an initial request for an asset freeze was reversed after a judge heard his companies’ side of the story.

The companies in question in the FTC allegations include DOTfilings.com and DOTauthority.com.

The FTC announced Oct. 17 a federal judge has granted the agency its request for injunction against Lamb, his companies and defendant Uliana Bogash, a business partner of Lamb’s.

The agency says tens of thousands of owner-operators have been caught up in the alleged scheme. 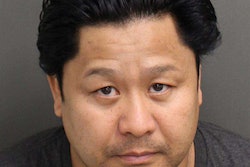