Truck orders up in November, backlog expected to grow for first time since late winter

Class 8 net orders for November bounced back from a disappointing September.

According to preliminary data released by FTR this week, heavy truck orders reached 19,300 units, up 41 percent month-over-month, and serve as a good indicator that the market has stabilized and is following seasonal trends, FTR Vice President of Commercial Vehicles Don Ake says.

“Backlogs should increase in November and December as production dips,” he adds, “however this order level should allow production to bounce back some in Q1.”

Ake says Class 8 backlogs are expected to increase for the first time in ten months.

Including November, Class 8 order activity for the past twelve months annualizes to 191,000 units.

For the month of November, preliminary Classes 5-8 order data show the industry booked 36,600 net orders. Note that these numbers are preliminary. Complete industry data for November, including final order numbers, will be published in mid-December. 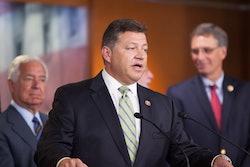 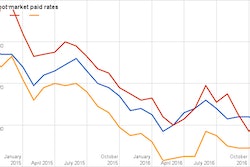 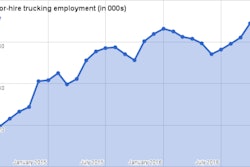