“Since the end of the third quarter, we have seen signs that we may be reaching the end of the poor inventory cycle that has driven a lot of the weakness in the freight economy, so we may see turnover rates rebound in the months to come,” he says.

The turnover rate at smaller truckload fleets, those with less than $30 million in annual revenue, rose one point to 80 percent. Turnover at less-than-truckload carriers fell three points to 9 percent.

“Despite the falling turnover rate, carriers continue to report difficulty finding well-qualified drivers, a problem that will not only persist, but which will get worse as the freight economy improves,” Costello said.

E-commerce boosts freight, rates: Online shoppers have spent $1 billion every day but one between Nov. 1 and Dec. 5, says loadboard DAT in their most recent weekly spot market report. Cyber Monday was roughly double that — $1.94 billion.

“Obviously, the goods had to get to distribution centers in order to be fulfilled,” DAT says.
“Load availability soared in places like Denver and Memphis. Both those markets are distribution hubs for e-commerce, which has stretched the traditional holiday retail freight season well into December.” 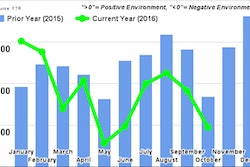 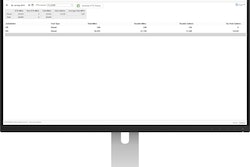 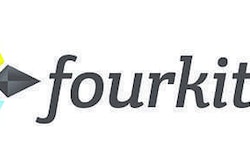 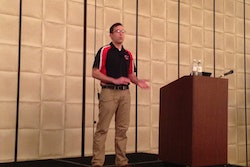 Omnitracs lines up breakout sessions for 2017 user conference in Phoenix