A Georgia-based medical examiner who’s been accused by authorities of issuing thousands of fraudulent medical certifications to truck drivers has been indicted and has pleaded not guilty of the charges brought against him.

Dr. Anthony Lefteris, who operated out of an Atlanta Petro truck stop, entered a plea of not guilty on Dec. 28. He was indicted Dec. 20 by a grand jury on eight counts of fraud and false entry charges. Prosecutors claim Lefteris intentionally and regularly issued medical certificates to drivers without performing required tests, such as blood and urine sample testing, vision tests and more.

The DOT sent investigators acting undercover as truck operators to see Lefteris in September following a tip from a driver. All three undercover officers claim Lefteris failed to perform required tests, yet issued them medical certifications anyway. In all three instances, Lefteris allegedly uploaded to the DOT made-up results for the tests he did not perform.

The DOT’s Federal Motor Carrier Safety Administration has said 6,600 truck operators who received certification from Lefteris will need to see a new doctor and receive fresh certifications. FMCSA gave affected truckers 30 days from the time of receipt of a notification in the mail to obtain their new certification. Those letters were sent in late December, FMCSA said. 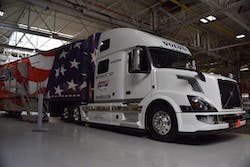 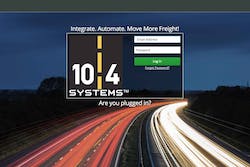