Electricity is a sexy idea in trucking and you can blame that on Elon Musk – a guy who aims to send normal people into space just for fun.

In April, the serial entrepreneur tweeted that his engineering team “has done an amazing job” on the development of Tesla Semi, which he called “seriously next level” and teased a September 2017 debut.

Musk hasn’t offered a lot of details on the truck other than it will be “heavy-duty” and offer “long range.”

Musk previously disclosed the Tesla Semi would share “a lot” of common parts with the Tesla Model 3 sedan, including its motors.

Now, let’s circle back to one of Musk’s keywords: long range.

Tesla anticipates the Model 3 will deliver an all-electric range of at least 215 miles. That’s not exactly long.

Recharge estimates for the Model 3 aren’t yet available but according to Tesla’s website, a Model S that has been driven 300 miles needs 8 hours and 42 minutes to fully recharge. At that rate, it would take about 30 hours to drive Interstate 10 across the state of Texas – about 14 hours of driving plus 16 hours of charging.

At just under 900 miles, you’d need another almost 9-hour charge as soon as you crossed into New Mexico.

Electric motors put out massive amounts of torque, which is a huge drain on batteries.

The level of battery-exclusive power needed for a viable electric Class 8 is both unprecedented and mind-boggling considering one gallon of diesel represents about 38 kWh.

Torque in an electric motor can be software-limited so maybe a toggle switch will allow the driver to adjust torque on the fly, dialing it up and down as the route demands to save battery life. Every little bit helps, but a range under 300 miles (less than 150 miles one way on a charge that can take more than one-third of an entire day) isn’t going to turn a lot of trucking heads.

The use of a range extender is almost a certainly on the Tesla Semi, most likely through a bank of batteries located in a connected trailer, heavy use of solar panels, or both.

Additional batteries will have a negative impact on payload but anything under a 600-mile range isn’t going to cut it, and Musk is adamant those extra miles won’t come from an integrated a hydrogen fuel cell.

Around the Tesla complex, there’s a race to see which happens first: Does Elon Musk, through his SpaceX program, send a shipment of people into orbit before he ever hauls a load of Texas cattle to Santa Fe with the Tesla Semi?

We may find out in three months. 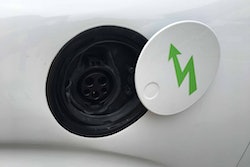 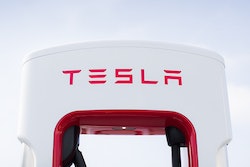