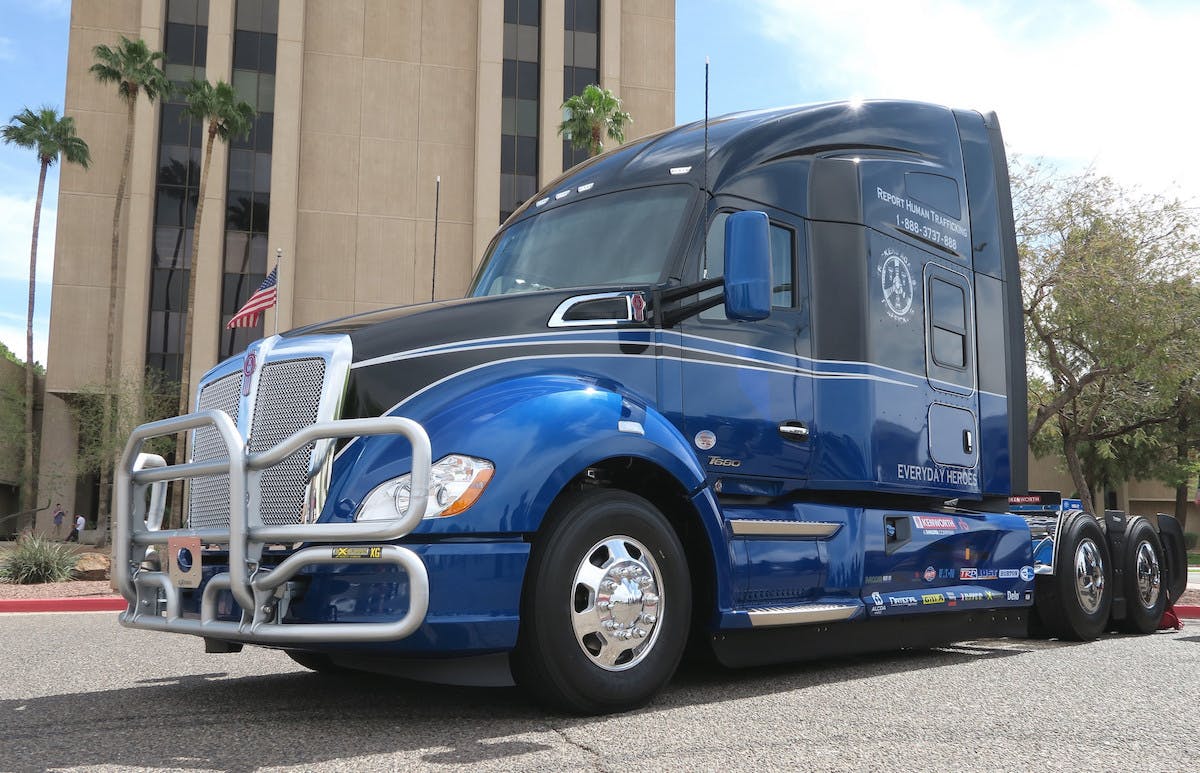 The “Everyday Heroes” Kenworth T680 sold at a Ritchie Bros. auction this week for $140,000 to Mike Jimenez of Phoenix-based J&L Transportation, with $89,000 of that going to benefit Truckers Against Trafficking.

The auction held by Ritchie Bros. in Phoenix, Ariz., resulted in the largest one-time donation in the history of Truckers Against Trafficking, a nonprofit that aims to stop human trafficking by educating truck drivers and truck stop employees on how to watch for signs of trafficking. Mike Jimenez, owner of Phoenix-based J&L Transportation, placed the winning bid.

“We are absolutely thrilled and overwhelmed by the generosity of the industry, and extremely grateful to Mike Jimenez and J&L Transportation for adding the Everyday Heroes Truck to its fleet,” said Kendis Paris, TAT’s executive director.

The custom Kenworth, which was built by Inland Kenworth, featured a 76-inch sleeper, a 485-horsepower Paccar MX-13 and an Eaton-Fuller Advantage 10-speed automated transmission. The truck joins 35 other trucks in J&L Transportation’s fleet.

“This culminated an 8-month project that had a tremendous finish,” said Don Blake, Inland Kenworth’s new truck sales manager in the Phoenix area, who spearheaded the program. “Our sponsors came together to donate and discount their pricing in order for us to build the Everyday Heroes Kenworth T680. I was on pins and needles as the auction and bidding took place, and was so happy that the truck was going to a local company that demonstrated its commitment to such a worthy cause.”

Jimenez was traveling at the time of the auction Tuesday, but placed the winning bid by proxy.

“When Don [Blake] expressed his interest, along with Inland Kenworth and all the other supporters and sponsors intent on doing this project, I knew J&L should be a part of the answer to end such heartbreaking events,” Jimenez said. “I’m confident that TAT will use the proceeds to continue the education efforts and training necessary to end human trafficking in the future. Without their efforts, I would still be blind to this epidemic in our society.”

The human trafficking industry is estimated to be worth $32 billion in the United States and $150 billion globally, according to Truckers Against Trafficking. 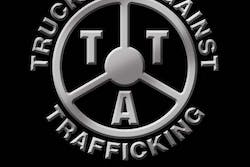 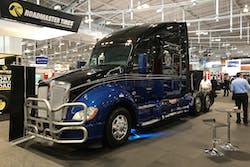 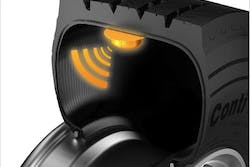